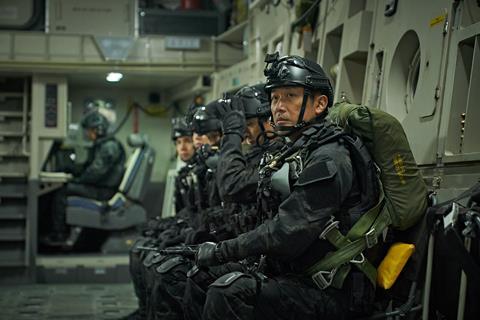 Udine’s Far East Film Festival (FEFF) has revealed a lineup of 46 features including four world premieres, for the online-only edition of the event that will run from June 26 until July 4.

It will open with the international premiere of Lee Hae-jun and Kim Byung-seo’s disaster action film Ashfall, available to viewers in Europe only.

The film was a blockbuster hit in South Korea over Christmas, grossing almost $60m (£47.9m) by the end of January.

The festival will screen a focus on the work of Japanese director Hirobumi Watanabe, with four of his features including I Am Really Good.

The festival, which exists to showcase mainstream Asian cinema, will run via an online platform on MYmovies.it.

Attendees to the online platform will be able to vote for the winners of the festival’s Mulberry awards, and participate in live video sessions with actors and directors.

The festival’s industry strand Focus Asia will run online from June 30 to July 2, and will include a selection of webinars and the FEFF in progress project market for Asian films in post-production.