UK box office preview: 'How To Train Your Dragon 3' to boost takings 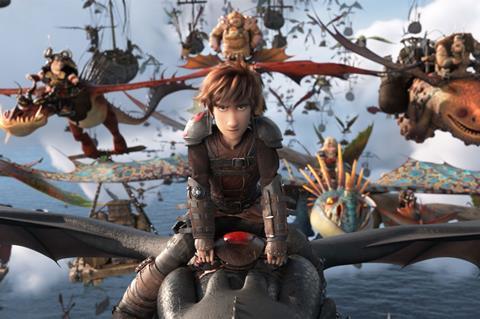 Last weekend’s UK box office was 36% down on the same period last year, when Darkest Hour was riding high, but this week sees the release of Dreamworks’ animated threequel How To Train Your Dragon: The Hidden World, which should boost takings.

The Universal release, featuring the voice cast of Jay Baruchel, Cate Blanchett and Gerard Butler in the story of a young man and his dragon companion, is again directed by Dean DeBlois, who helmed the first two instalments.

Also opening this weekend are two awards season hopefuls. Marielle Heller’s Can You Ever Forgive Me? surpassed expectations when it picked up three Oscar nominations last week: best actress for star Melissa McCarthy and best supporting actor for Richard E. Grant, as well as a nod for best adapted screenplay.

The film sees McCarthy play a writer who, after struggling to get published, turns to deception. 20th Century Fox will be releasing widely in the UK this weekend. However, Can You Ever Forgive Me? has struggled in the US since being released in October last year, taking only $8.1m to date. Fox will be hoping the awards attention with give the film a boost ahead of its UK launch.

Green Book, which stars Mortenson as a working-class Italian-American bouncer who becomes the driver of an African-American classical pianist (Ali) on a tour through the American South in the 1960s, has been dogged with controversy in recent months, including criticism for historical inaccuracies, and inappropriate behaviour re-emerging from director Farrelly’s past.

Despite that, the Oscar nominations show that it may have weathered the storm, and the film has taken an impressive $50m to date in the US since being released in November.

Also released this weekend is Lee Chang-dong’s Burning via Thunderbird Releasing, which was a critical hit after premiering in last year’s Cannes Competition. The film surprisingly missed out on a foreign language Oscar nomination, but still has the critical backing to appeal to an arthouse audience.