EXCLUSIVE: Acclaimed drama one of three deals for UK indie. 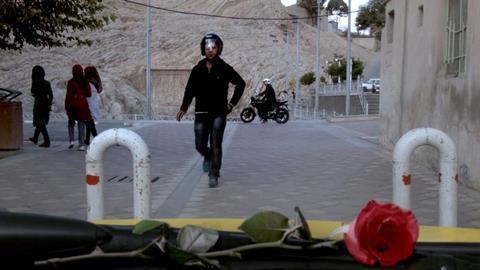 Panahi’s drama, largely shot under cover due to restrictions on the filmmaker, also won the FIPRESCI prize at the Berlin Film Festival in February.

In Taxi, director Panahi captures life in contemporary Iran through passengers in a Tehran cab.

As the cab drives through the colourful streets of Tehran, it picks up a diverse mix of passengers, who speak to the driver, played by Panahi.

It proved one of the hot sellers for Paris-based Celluloid Dreams at last month’s European Film Market (EFM), snapped up by Memento for France and a host of other buyers in Germany, Italy and Colombia, among others.

Panahi has been banned from making films in his homeland, or leaving the country, since 2010.

After winning this year’s Golden Bear, Panahi - who also won Silver Bear awards in 2006 with Offside and in 2013 with Closed Curtain - called for the local authorities to show his films in Iran.

The portrait of students and slackers in 1999 Mexico won the Best First Feature award at the 2014 Berlinale.

The Locarno premiere charts the story of a woman on board a cargo ship who must choose between fidelity to her shore-bound fiancé, or her attraction to the ship’s captain, a previous lover of hers.

Star Ariane Labed picked up the Best Actress prize for her performance in the film at Locarno 2014.