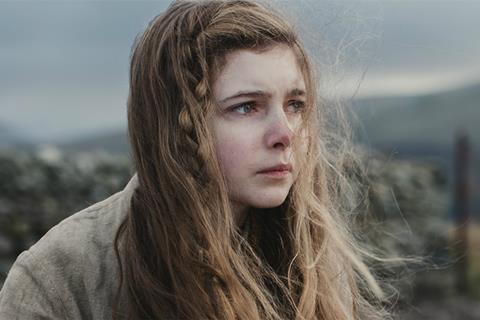 Great Point Media has secured a key deal on its TIFF Discovery title Gwen, selling rights for France to The Jokers.

Gwen is the feature debut of UK writer-director William McGregor (a Screen Star of Tomorrow in 2012). It’s the atmospheric story of a teenager (Eleanor Worthington-Cox, a Star of Tomorrow in 2016) facing precarious circumstances in 19th-century rural Wales, with her father away at war and her grief-stricken mother (Maxine Peake) suffering from ill health.

Producers are Hilary Bevan Jones and Tom Nash for their company Endor Productions.

The film received backing from BFI Film Fund and Film Agency Wales. Great Point is working to close further deals at TIFF, where the film had its world premiere on Friday.