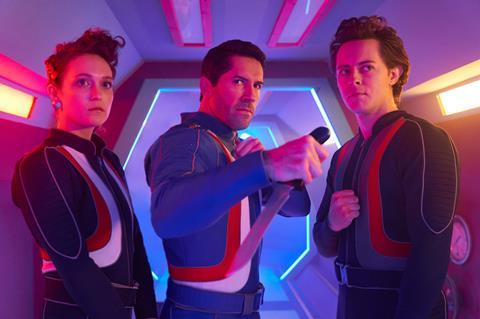 ‘The Intergalactic Adventures Of Max Cloud’

Martin Owen’s The Intergalactic Adventures Of Max Cloud, starring Scott Adkins and Tommy Flanagan, has wrapped and is being showcased by UK financing, sales and production outfit Goldfinch at this week’s European Film Market (EFM).

The project shot at Goldfinch’s York-based studio facilities and the company’s  sales arm is representing the project’s UK and China rights during EFM. It has struck a deal with Flix365, the sales outfit and VoD platform, to represent rights in North America, Australia, New Zealand, Germany, Austria, and Japan. SPI International has picked up the rest of the world.

The film is about a space cruiser that crashes on a planet that is home to an intergalactic prison.