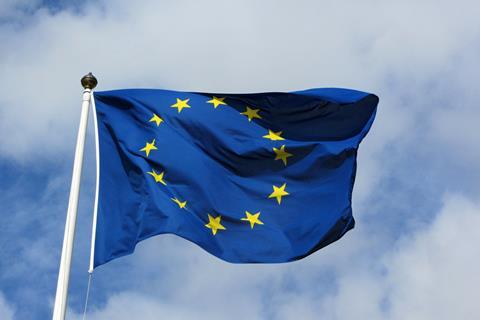 Of the nearly £300m received in total, £154.3m went directly to UK-based organisations, £92.4m to projects in which the UK was involved, and £51.8m given to European distributors to release UK films.

Creative Europe’s cultural funding programme (known as MEDIA 2007-2013, before dividing into two programmes, the MEDIA programme and the Culture programme, under the banner Creative Europe after that date) granted the largest amount, awarding a total of £120.3m (£84.3m as MEDIA and £36m in its present guise).

The report also highlights the case study of Bristol-based Aardman Animations which first benefited from MEDIA funding more than a decade ago, receiving money to support the early days of its Shaun The Sheep franchise, which has since been sold into 180 countries.

Further European funds to have awarded money to the UK include the European Regional Development Fund, which aims to redress economic and social imbalances between regions of the EU and invested £79.6m into the UK’s screen industries. This included £14.2m to the Yorkshire Content Fund which backed projects including feature film Dad’s Army and BBC series Peaky Blinders.

Separately, the EU’s research and innovation fund Horizon 2020 (and its predecessor FP7) invested £71.5m in the UK, including in grants to several creative industry-related small and medium-sized enterprises (SMEs) such as CreativeNet, a media sharing platform for creative workers, and in research projects with UK universities.

A sector-by-sector breakdown reveals film projects received the most funding with £161m, followed by digital projects with £98m, research with £71m, video games with £55m and TV with £47m.

The UK is guaranteed to remain a part of the EU’s Creative Europe programme until 2020, and MP Suella Fernandes, who is working in the government’s Brexit department, recently confirmed the UK may look to try and stay within the MEDIA programme beyond then.

However, while EU membership is not a pre-requisite to be a part of Creative Europe (11 European states without EU membership are participating in at least one of the two sub-programmes), there are no guarantees this will be achievable.

“The £298.4m of cultural and structural funding from Europe detailed in this report has been really important in catalysing business ambition and economic growth,” said BFI CEO Amanda Nevill in the report.

She warned, “Exiting the EU will alter the UK’s ability to access this investment.”

“Other opportunities for the sector to find investment such as the UK Shared Prosperity Fund needs to be carefully considered for the sector to sustain UK-wide growth,” Nevill added, referencing the promise made in the 2017 Conservative manifesto to re-distribute the “structural fund money” that comes back to the UK following the Brexit process.

The creative industries contributed £92bn to the UK economy last year and employs two million people. A recent report commissioned by the UK government, the Independent Review of the Creative Industries, led by Peter Bazalgette, recommended a ‘special sector deal’ including a £500m Creative Clusters Fund.

However, while the government has announced special sector deals for the automotive, construction and life sciences sectors, the creative industries is waiting for its own deal, which could potentially plug some of the funding gaps left by Brexit. Screen understands that the sector deal is set to be unveiled tomorrow (March 27).

Read more: Why distributing independent films in the UK is ‘a growing challenge’