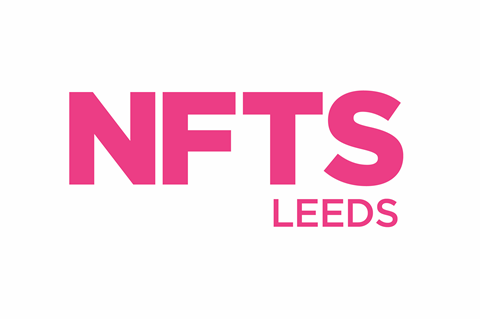 The UK’s National Film and Television School (NFTS) is to open a hub in northern English city of Leeds next year, its third outside of NFTS Scotland in Glasgow and its main school in Beaconsfield, just outside London.

NFTS director Jon Wardle said the school recognises “the direction of travel is more out of London production”, which will require more skilled talent in the regions.

The opening follows NFTS sponsor Channel 4’s relocation of its national headquarters to the Yorkshire city. The Leeds hub will be spread across a number of sites, operating out of the buildings of Channel 4, ITV Studios and will work with local production companies and industry figures.

C4 chief executive Alex Mahon noted there has been “a significant influx of creative organisations committing to Leeds” since the broadcaster announced its move.

“The addition of the NFTS will undoubtedly create more opportunities and attract further investment,” she said.

The Leeds hub will be spread across a number of sites, operating out of the buildings of Channel 4, ITV Studios and will work with local production companies and industry figures.

The courses provided will mimic those already underway at NFTS Scotland, which opened in Glasgow last year. It will offer teaching in niche and specialist areas such as fixed rig editing, script supervision and production accounting in courses ranging from full-time twelve-month courses to part-time diploma courses.

The NFTS is advertising for a head of school position this week. Wardle has made clear it wants to avoid replicating the issues of production by “bringing someone up from London”, stating the school will strive to appoint a head from the area who can bring “authenticity” to the project.

Wardle is eyeing further expansion of the school and emphasises he wants the NFTS to be a “properly-pan UK provider” with the potential for hubs to be set up in Cardiff and Bristol.

A report from the Office of National Statistics show screen-based industries are growing faster in Yorkshire than anywhere else in the UK. Recent features to shoot in the region include Focus Features’ The Phantom Thread and Working Title’s Darkest Hour, as well as Netflix series’ The Innocents and C4’s Ackley Bridge, BBC1’s Gentleman Jack and ITV’s Victoria from UK broadcasters.

BFI chief executive Amanda Nevill said the hub is “not only great news for Yorkshire, but great news for the creative industries and the wider economy”.

Wardle highlighted a willingness to work hand in hand with production companies to identify any skills gaps and requirements for continuing professional development, so the NFTS can co-design courses or adapt an established one to meet the industry’s needs.

The school has around 700 people who already work in the industry training with them annually.

The hub will open in January 2020 with 150 students expected to enrol in the first year of operation.