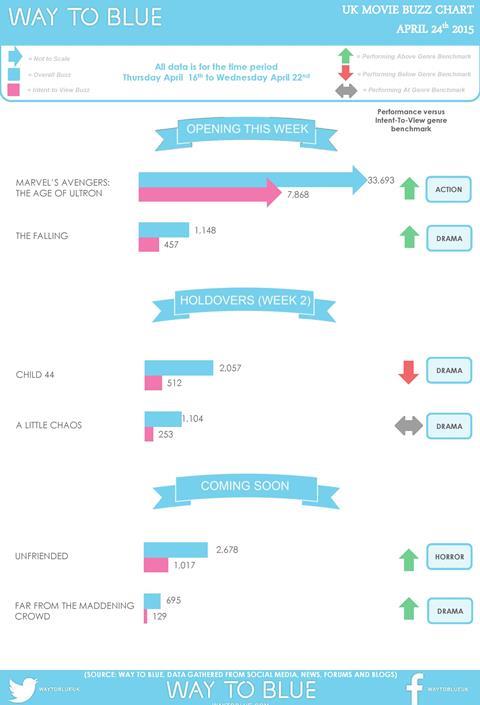 Marvel’s Avengers: Age of Ultron lead this week’s social media buzz chart ahead of its release this weekend, according to Way To Blue.

The superhero sequel generated nearly 33,700 comments across social media, news, forums and blogs in the UK from April 16-22. One in four of those comments expressed intent to view, meaning they would look to convert tweets into tickets.

In comparison, Carol Morley drama The Falling, also set to open this weekend, recorded just close to 1,150 comments – but managed a strong ItV of 40%.

Ranked second this week was online chatroom horror Unfriended, set for release on May 1, which drew nearly 2,700 comments (38% ItV).