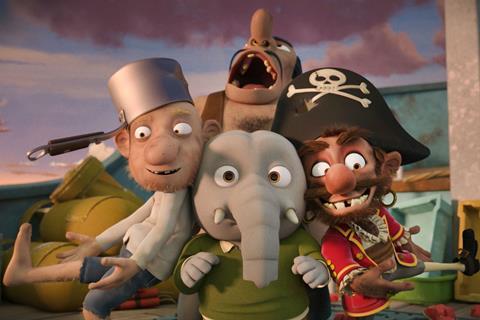 LevelK has now sold the film to more than 150 countries, including recent deals to the UK and Ireland (Kaleidoscope), Turkey (FilmArti) and Portugal (Films4you).

The film, a hit at the Danish box office with more than 230,000 admissions, won two prizes at Denmark’s Robert awards for Best Children’s Film and Best Adapted Script. It also has a market screening in Berlin on Saturday 16.

The story follows an elephant and a cat who set out on a great adventure to help save their village’s mayor.

Keith Leopard, President of Uncork’d Entertainment, said: “The Incredible Story Of The Giant Pear is a fun tale of adventure, a beautifully made animation that I am sure will be popular among children and families in the US and Canada. I’m very excited and looking forward to sharing this film with the audiences across North America.”