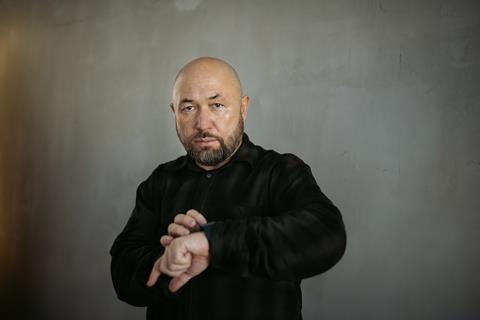 Universal Pictures has secured a deal with Timur Bekmambetov’s Bazelevs Studio to produce and distribute five features shot in the ‘Screenlife’ format, where the action is depicted on the screen of a computer, smartphone or similar device.

The US studio previously worked with the Kazahk-Russian filmmaker on Unfriended, Bekmambetov’s first Screenlife feature. The film grossed $65m worldwide on a $1m budget.

Universal first worked with Bekmambetov in 2008 on his US directorial debut Wanted, starring James McAvoy and Angelina Jolie, that grossed $342m worldwide.

The US studio has yet to select the five titles on which it will collaborate with Bazelevs, which is working on new Screenlife features R#J (a Generation Z adaptation of Romeo and Juliet) and a sequel to Searching, the John Cho-led thriller distributed by Sony Pictures Releasing that grossed $75.5m on an $880,000 budget.

Bekmambetov said he hoped to apply the format to several genres “from horror and thrillers to romantic comedies and sci-fi”.

“Screenlife is a great way to tell stories about modern reality, which is happening predominantly online and on our screens,” he added. “And now, given restraints on traditional workflows during the pandemic, there’s a strong surge of interest in Screenlife as it’s one of the few available ways for filmmakers to keep shooting movies.”

Bekmambetov has remained busy in recent months, despite a worldwide shutdown in production as a result of the Covid-19 pandemic. He completed shooting on upcoming war feature V2. Escape From Hell at the end of March, by directing sequences remotely, and launched a contest to crowdsource stories from the global lockdown, to be produced in the Screenlife format.