The iconic filmmaker will receive the Writers Guild Of America, West’s 2017 Laurel Award for screenwriting achievement in recognition of his body of work. 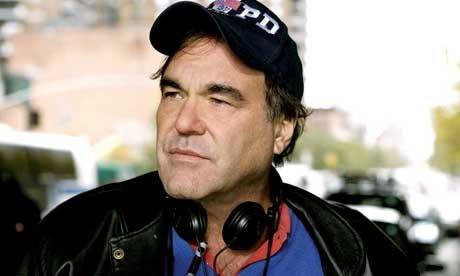 Stone, whose latest film Snowden has earned plaudits, will be honoured at the Guild’s awards show in Beverly Hills on February 19.

“Oliver Stone may be our most committed screenwriter, using an unparalleled sense of conflict and drama to define the past half century,” said WGAW president Howard A. Rodman. “Stone’s Vietnam trilogy – Platoon, Born On The Fourth Of July, Heaven & Earth– not only illuminated the war, but made us face its consequences.

“His unofficial and extraordinary history of the 1960s and 1970s – from JFK and The Doors through Nixon and Wall Street – wove a coherent narrative from incoherent facts. His dialogue is always memorable: think of Gordon Gekko’s ‘greed is good,’ or Tony Manero’s 182 ‘fucks’ in Scarface.

“But even Stone’s most amoral characters are, in the end, like us: all too human. Stone has held a mirror up to our times, and dares us again and again to look at our nation – and ourselves –  without turning away.”

“As a young screenwriter I remember seeing so many I admired graced with the Laurel Award, and I never expected I’d be considered their peer,” Stone said. “I am most honoured to accept this great award.”

Stone won best director Oscars for Platoon and Born On The Fourth Of July and the best adapted screenplay Oscar for Midnight Express.