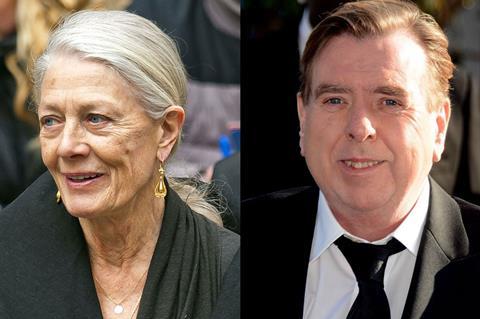 Oscar-winner Vanessa Redgrave and BAFTA-nominee Timothy Spall are to star in Mrs Lowry & Son, about the relationship between British painter L.S. Lowry and his mother, Elizabeth.

Redgrave will play the role of Lowry’s mother opposite Spall in the role of painter Lowry who was famous for painting scenes of life in the industrial districts of North West England in the mid-20th century.

He developed a distinctive style of painting and is best known for his urban landscapes peopled with human figures often referred to as ’matchstick men’.

The artist lived all of his life with his overbearing mother, a bed-ridden and depressed presence in her bachelor son’s life and a deterring voice as he pursued his artistic ambition. Spending his days as a rent collector, Lowry took art classes by night, painting into the early hours of the morning when his mother fell asleep, to hone his craft as he aspired to have his work appreciated among the elites of London. Lowry also rejected a number of honours during his life, including a knighthood in 1968.

Shoot is due to get underway in mid-January in Greater Manchester on the film which will be directed by Adrian Noble, former chief executive of the Royal Shakespeare Company. Costume design comes from two-time Oscar winner Jenny Beavan (Mad Max: Fury Road).

The screenplay is by writer Martyn Hesford (Fantabulosa!) and is adapted from his stage play of the same name. Producer is Debbie Gray (Northern Soul) of Genesius Pictures.

Director of photography is Josep M. Civit (The King of Havana), the editor is Chris Gill (The Best Exotic Marigold Hotel), with production design by Catrin Meredydd (Black Mirror).

International sales are being handled by Robbie Little for US outfit The Little Film Company. Gianfrancesco Favino and Rome-based Library Films are one of the financiers and have secured Italian distribution rights. The film is also being made in association with Moya Productions and IPG Media in Australia.