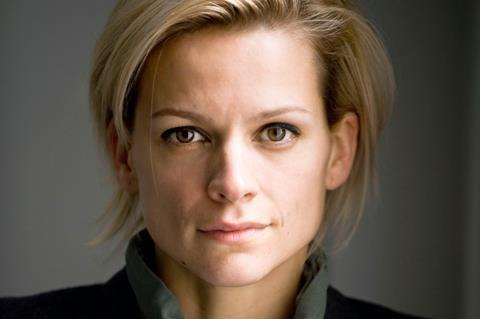 The feature directorial debuts of actresses Charlotte Le Bon and Veerle Baetens and a drama about the Bataclan terrorist attack have secured a share of €4.1m ($5m) from European cultural support fund Eurimages.

The Melting is being directed and co-written by Baetens, who is best known internationally for her performance in Felix van Groeningen’s Oscar-nominated The Broken Circle Breakdown.

The Belgium-Netherlands co-production has received €310,000 in Eurimages support, adding to a financial boost from Screen Flanders last week and the ARTEKino International Prize at the Berlinale Co-Production Market earlier this year.

Based on a bestselling novel by Lize Spit, the story centres on a young woman who returns to her home village with a large block of ice in her car and plans to take revenge on those who traumatised her as a child. It will be produced by Bart Van Lagngendonck of Savage Film.

Falcon Lake is being directed and written by French Canadian actress Le Bon, who is known for her roles in English-language features Anthropoid, The Hundred-Foot Journey and The Promise.

Her debut as a director is based on Bastien Vives’ graphic novel Une Soeur and is a coming-of-age story about a teenager who falls in love with an older girl during a family holiday in rural Quebec. It received €250,000 in support from Eurimages and will be co-produced by France’s Onzecinq, Cinefrance Studios and Les Productions Du Ch’timi alongside Canada’s Metafilms.

The biggest award, of €470,000, went to Un An, Une Nuit, a drama about the Bataclan terrorist attack and how two survivors deal with the trauma.

The France-Spain co-production will be directed by Spanish filmmaker Isaki Lacuesta, a two-time winner of San Sebastian’s Golden Seashell for 2011’s The Double Steps and 2018’s Between Two Waters.

Studiocanal recently boarded the feature, which will star BPM (Beats Per Minute) actor Nahuel Pérez Biscayart. It will be co-produced by Spain’s Bambú Producciones, Mister Fields and Friends and La Termita.

Further funds were awarded to Mediterranean Fever, the second feature from Israeli filmmaker Maha Haj, whose drama Personal Affairs debuted in Un Certain Regard at Cannes in 2016, and Story About Fateme from Serbia’s Vuk Rsumovic, whose drama No One’s Child won four awards at Venice, where it played in Critics’ Week.

A total of 17 features will receive co-production support, with a third of the funds awarded to projects directed by women.

With much of Europe still experiencing travel restrictions as a result of the pandemic, the 161st Eurimages funding session was held online.