Italian actress Claudia Cardinale to be guest host for the section at the 70th Venice International Film Festival where William Friedkin will receive a lifetime achievement honour. 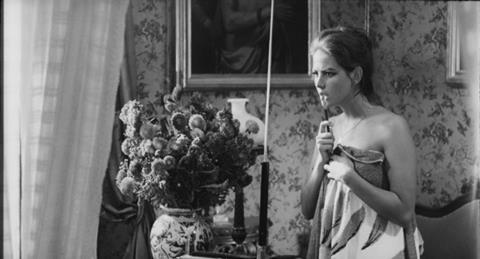 Claudia Cardinale, best known for roles in Once Upon a Time in the West and Fellini’s 8 ½, is to be the guest host of Venezia Classici, the section devoted to restored films and to documentaries about cinema of the 70th Venice International Film Festival (August 28 – September 7.

The section, introduced last year, features a selection of classic film restorations completed over the past year by film libraries, cultural institutions or production companies around the world.

Cardinale will attend the screening of Vaghe stelle dell’Orsa, Luchino Visconti’s 1965 film in which she starred that won the Golden Lion at the 30th VIFF and has been restored by Sony Pictures Entertainment.

It is is one of the four classics restored this year that has been conserved at the Historic Archives of the Contemporary Arts (ASAC) of the Biennale di Venezia.

The ASAC has also provided the copies of:

The film Sorcerer (1977), by the winner of this year’s Golden Lion for Lifetime Achievement William Friedkin, restored by Warner Bros., will be the opening film of Venezia Classici on August 29.

An new feature this year will be the jury - composed of 28 film students from Italian universities – that will be asked to award two prizes: Best Film of Venezia Classici; and Best Documentary on Cinema.

Le 15 d’Août (The 15th of August)
by Chantal Akerman (Belgium, France, 1973, 41’, B/W)
restoration: Historic Archives of the Contemporary Arts (ASAC) in collaboration with Cinematek in Brussels