Vertical in talks on Cannes sales slate led by ‘Last Survivors’, ‘Son Of The South’ (exclusive) 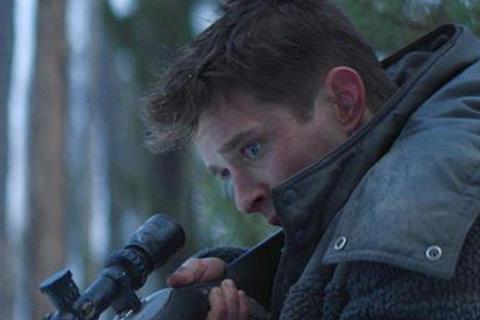 Vertical Entertainment continues to grow its international business and is in talks on a virtual Cannes market slate led by thriller Last Survivors starring Alicia Silverstone and civil rights drama Son Of The South executive produced by Spike Lee.

Drew Mylrea directed the thriller Last Survivors, which Vertical handles internationally and centres on a father and son isolated in the wilderness who see their world unravel when they encounter a beautiful stranger. Stephen Moyer, Drew Van Acker and Silverstone star.

Drama Son Of The South is inspired by the true story of Bob Zellner, a Klansman’s grandson from Montgomery, Alabama, who defied his family and joined the Student Non-Violent Coordinating Committee civil rights group.

Barry Alexander Brown directed from his adapted screenplay based on Zellner’s memoir The Wrong Side Of Murder Creek. Lucas Till stars as Zellner and producers include Colin Bates, Stan Erdreich, Bill Black, Eve Pomerance, Michael Jefferson, and David Kang. Lee is among the executive producers.

Sci-fi thriller Risen from writer-director-producer Eddie Arya centres on an Alaskan town that gets contaminated by a meteorite strike. When an exobiologist is called in to investigate, she discovers the true meaning behind the disaster. The cast includes Nicole Schalmo, Jack Campbell, and Dominic Stone.

Jennifer Harrington’s Shook centres on a social media star who gets pulled into a deadly game to save her loved ones as part of an online terror campaign. Daisye Tutor, Emily Goss, and Nicolas Posener star. Producer is Tara L. Craig and Vertical represents all international rights outside English-speaking territories.