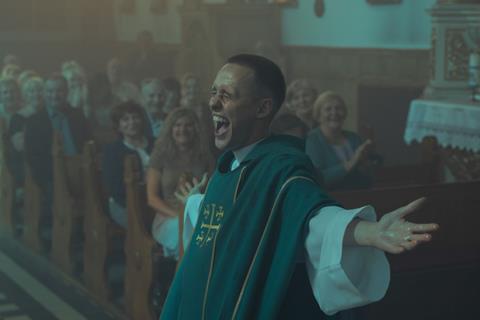 The film, which follows a former young offender who finds redemption through religion, will be released in the UK and Ireland on October 18, a week after opening on October 11 in its native Poland.

Corpus Christi received its world premiere at this year’s Venice Film Festival in the Venice Days section, where it won the Edipo Re award and the Europa Cinemas Label award.

It has also screened at Toronto and has been selected as Poland’s submission for the best international feature film award at the 2020 Oscars.

Bartosz Bielenia stars as 20-year-old Daniel, who experiences a spiritual transformation whilst living in a youth detention centre. When he is sent to work for a carpenter in a small town, he instead dresses up as a priest and ends up taking over the local parish.

It marks the third feature by Polish director Komasa, who debuted with Suicide Room in 2011, which premiered at Berlin, and followed that up with war epic Warsaw 44 in 2014, which sold 1.7 million tickets at the Polish box office.