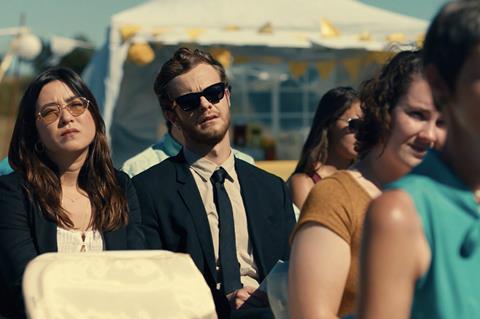 Distributor Vertigo Releasing has acquired UK & Ireland rights to romantic comedy Plus One, the directorial debut of US filmmakers Jeff Chan and Andrew Rhymer.

It is planning a small theatrical run for the film, day and date with its digital release, in January 2020.

The film stars Maya Erskine and Jack Quaid as Alice and Ben, two friends who are left behind in a summer of weddings and decide to be each other’s plus one for every ceremony they are invited to.

It launched at Tribeca 2019, where it won the audience award.

LA-based Chan and Rhymer wrote and directed the film, having previously written for Hulu series PEN15 and directed Vimeo shorts Pregame and Post-Party.