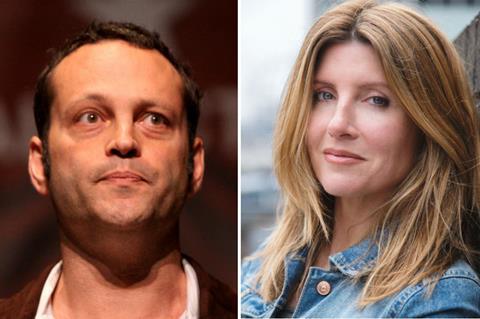 Vince Vaughn and Sharon Horgan are set to star in Christopher Storer’s romantic comedy-drama The Last Drop, on which Endeavor Content will launch sales at AFM (Nov 6-13).

Vaughn stars as a culinary show host and party animal, whose debilitating lifestyle begins to unwind his career. But when he meets a woman (Horgan) who specializes in reclaiming lost, undervalued items for her antique shop, he begins to find the strength to pull out of his tailspin.

Producers are Shawn Levy, Dan Levine and Dan Cohen of 21 Laps and Jen Dana of 3311.

3311 is co-financing with Endeavor Content, which is also representing worldwide sales and will introduce the film to buyers at AFM.

Storer, who has directed several stand-up comedy specials as well as episodes of Hulu series Ramy, directs from a script by Brandon and Phillip Murphy and Elizabeth Chomko. Storer also produced Bo Burnham’s Eighth Grade, released to acclaim by A24.

Vaughn recently starred in the box office hit Fighting With My Family and will next be seen in Seberg opposite Kristen Stewart. He is currently shooting Blumhouse’s Untitled Body Swap Thriller.

Horgan will next be seen in Bleeker Street comedy Military Wives opposite Kristin Scott Thomas and Fox’s musical adaptation Everybody’s Talking About Jamie. She is perhaps best known for her roles in comedy feature Game Night and comedy series Catastrophe, which she co-wrote with Rob Delaney.