Voltage strikes US deal with Vertical, international sales on 'Safer At Home' 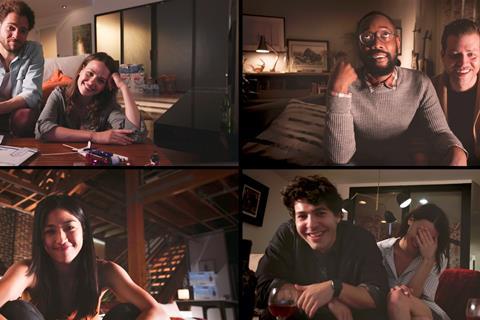 Voltage Pictures has sold US rights to Will Wernick’s (Follow Me) upcoming pandemic thriller Safer At Home to Vertical Entertainment.

The distributor has set a February release for the film, which takes place in 2022 as a group of friends under lockdown join an online party and take what turns out to be a dangerous drug.

Safer At Home was one of the first projects to go safely into production last year during the pandemic. Wernick and Lia Bozonelis wrote the screenplay from a story by Wernick, Bozonelis, and John Ierardi.

Bo Youngblood and Ierardi of Showdown Productions produced with Wernick under his 7930 Entertainment.

Falcom has picked up German-speaking Europe, eOne has acquired the film for Canada, and Signature Entertainment has taken UK rights.