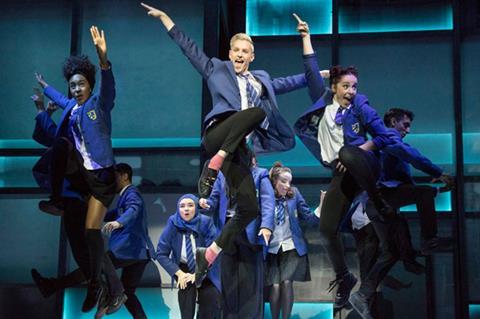 The musical ‘Everybody’s Talking About Jamie’

Everybody’s Talking About Jamie, the hit musical about a teenage drag queen at a Sheffield school, is getting the film treatment from Sheffield-based Warp Films and Film4.

The musical opened in Sheffield in 2017 and is currently playing in London’s West End. It was nominated for five Olivier awards in 2018.

Warp Films are holding an open casting call from today (May 30) until July 22 for ‘thirty young people’ from the Yorkshire city to play the story’s central Year 11 class. All original cast have been screen tested and are being considered for roles.

Casting is being handled by Shaheen Baig, who has previously worked with Warp on titles including Yardie, Ghost Stories and Berberian Sound Studio.

Filming is being lined up for Spring 2019 on location and at a studios in Sheffield and the screenplay is now being developed. The original creative team from the musical – director Jonathan Butterell, who was born and raised in Sheffield; writer Tom McRae; and composer Dan Gillespie-Sells – will reunite for the film.

Mark Herbert and Peter Carlton will produce for Warp Films, with Ollie Madden and Celine Coulson overseeing development for Film4.