EXCLUSIVE: Short stars Scott and Ciarán Hinds as an estranged father and son. 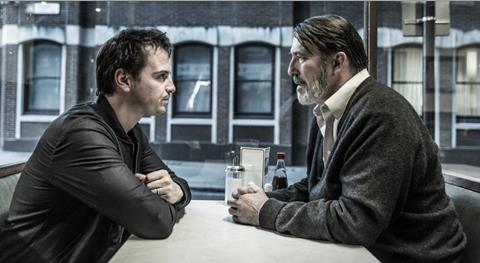 The first trailer for The Hope Rooms, a short film starring Andrew Scott (Sherlock) and Ciarán Hinds (Game Of Thrones), has been released.

CLICK HERE to watch the trailer on mobile devices.

Directed by Screen International Star of Tomorrow 2016 Sam Yates, the film sees Hinds and Scott play an estranged father and son haunted by the past.

Yates said: “Pairing Ciarán and Andrew on screen for the first time has been magical and the response from film festivals has been fantastic”.

The film was first shown to audiences at the Cork Film Festival, which featured a new documentary strand including speakers from Hot Docs, Sheffield Doc/Fest, Channel 4 and the British Film Institute.

The Hope Rooms was produced by Bill Kenwright and Daniel-Konrad Cooper.