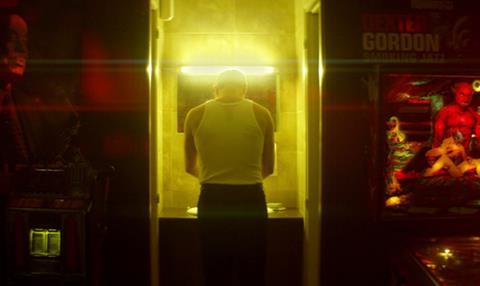 Alexis Alexiou’s sophomore directorial outing Wednesday 04.45 [pictured] swept the Hellenic Film Academy (Helfiac) Awards (aka the ‘Iris Awards’) on Monday evening (March 28) winning nine awards out of the 13 categories in which it was nominated, including best film and director.

The Greek, German, Israeli co-production backed by Eurimages, is a neo-noir style drama where a club owner, faced with the 2010 recession and unable to repay a loan secured from a thug, tries to avoid bankruptcy.

Handled locally by distribution powerhouse Feelgood Entertainment and in Germany by the Neue Visionen Filmverleih, and sold internationally by Paris-based Loco Films, the film is expected to be Greece’s submission in the best foreign language category for next year’s Academy Awards.

UK acting icon Vanessa Redgrave received a standing ovation and the Iris honorary award for her contribution to film and her political commitment.

Her presence fit perfectly with the event’s highly topical context: hardly a week after the wrap of the Thessaloniki Documentary film festival, which centered on the refugee crisis abating on Greece, the Helfiac Iris Awards ceremony was dedicated to the same issue.

Redgrave delivered an impassioned speech, praising Greece’s population for its response to the more than 50,000 refugees trapped in the country. She spoke out against European governments that have closed their borders to the refugees, comparing it to the British government’s similar attitude towards Jewish refugees during the thirties.

Earlier in the evening, the opening ceremony set the tone, featuring a video performance about the refugee crisis with the participation of real life immigrant and refugees living in Greece displaying placards reading “open borders” and “not war”.

Efthimis Filippou and Athina Tsangari for Chevalier by Tsangari,

The Fig (To syko) by Nicolas Kolovos,

The Lobster by Yorgos Lanthimos