Kornél Mundruczó’s White God has won the top prize in Un Certain Regard at the 67th Cannes Film Festival. 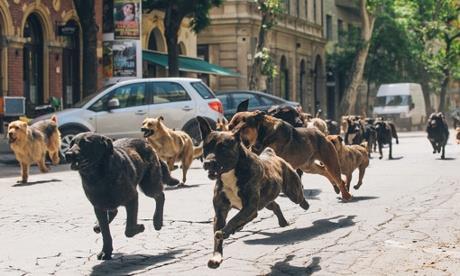 Hungarian director Kornél Mundruczo has won the Un Certain Regard prize at the Cannes Film Festival with his film White God (Feher Isten).

The Hungary-Germany-Sweden co-production centres on a 12-year-old girl who runs away from home to search for her dog. Sales are handled by The Match Factory.

It marks a triumphant return to Cannes for Mundruczo, who was previously in Competition in 2008 with Delta, which won the Fipresci prize, and in 2010 with Tender Son: The Frankenstein Project. His feature Johanna played in Un Certain Regard in 2005.

It has been a good week for Body, the dog who played Hagen in White God, who became the first canine to be invited on stage with Thierry Fremaux at the film’s Un Certain Regard screening and earlier today won the coveted Palm Dog.

The Jury Prize went to Swedish film Force Majeure (Turist). Ruben Ostlund’s story is about a family on holiday at a ski resort and the dynamics between them in the wake of an avalanche. The Coproduction Office has already secured multiple sales on the film.

The Un Certain Regard Special Prize went to The Salt of the Earth, a documentary from Cannes veteran Wim Wenders - who won the Palme d’Or for Paris, Texas in 1984. The film, about Brazilian photographer Sebastiao Salgado, was co-directed by his son Juliano Ribeiro Salgado.

Party Girl, which opened Un Certain Regard, won the Ensemble prize for first time directors Marie Amachoukeli, Claire Burger and Samuel Theis. Earlier today, Pyramide Films International reported sales of the film, a drama-doc hybrid about a woman who chooses to quit her job as a nightclub hostess to get married and settle down.

This year’s Un Certain Regard line-up included 20 films in comoetition from 23 different countries. Seven of them were first films.