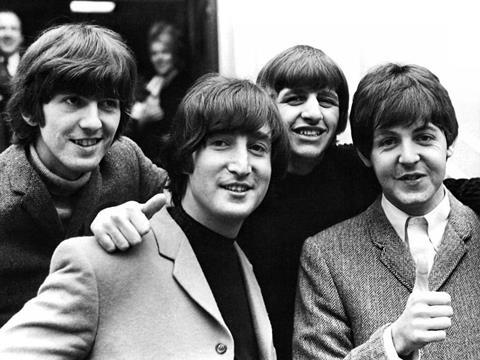 The companies will show new material from the film, now in post-production, including fresh footage from Fab Four’s early performances.

The documentary explores The Beatles’ inner workings and relationships and will trace their path from the early days at Cavern Club in Liverpool through the touring years to the final concert in Candlestick Park, San Francisco, in 1966.

One Voice One World (OVOW) brought the project to Apple Corps and has conducted extensive research and compiled home movies and photos of the band. OVOW’s Matthew White, Stuart Samuels and Bruce Higham are co-producing the film.

The producers said the film has the full cooperation of Paul McCartney, Ringo Starr, Yoko Ono Lennon and Olivia Harrison.

“Ron is providing an all-access backstage VIP pass to The Beatles, giving fans fascinating insights on the band and the ability to experience what it was like on the inside,” said Sinclair.

Studiocanal evp of international production and acquisitions Ron Halpern said, “Studiocanal is excited to work with Apple, White Horse and Imagine on this world-class project. There are so many extraordinary things people are going to be seeing for the first time. We’re really proud to distribute it directly in all our five Studiocanal territories.”