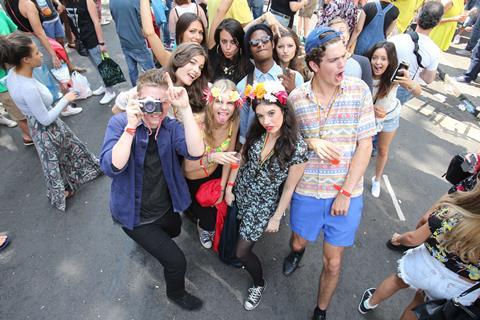 Kids In Love, starring Will Poulter (The Revenant), Alma Jodorowsky (Blue is the Warmest Colour) and Cara Delevingne (Suicide Squad), is set for release in UK theatres and on demand on August 26.

Signature Entertainment, which is handling the release of the coming-of-age British feature in theatres, will then release the film on DVD on August 29.

It will receive its world premiere at Edinburgh International Film Festival in June, where it will feature in the Best of British strand.

In Kids in Love, Poulter plays a young man drifting through his ‘gap year’ when a chance encounter with a beautiful woman (Jodorowsky) swerves his life radically off course. He quickly becomes caught up in a whirlwind of all-day parties and wild nights in London’s hidden dives with her charismatic friends.

Chris Foggin makes his directorial debut on the feature, which is produced by Barnaby Thompson and Ben Latham-Jones. Screenplay is from Preston Thompson and Sebastian De Souza.