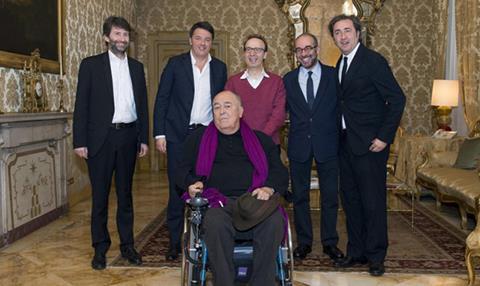 The Italian government has unveiled long-awaited film finance reform which promise to shake-up the local production, distribution and exhibition sectors.

According to the announcement, the Cinema Fund and a raft of tax breaks and subsidies will take effect from 2017.

He added: “This is not a corrective intervention, but a brand new regulation that brings 60% more financing to the whole cinema chain.”

Previously in Italy, entertainment was supported through a single government fund, the FUS (Fondo Unico per lo Spettacolo), which provided financing to music, theatre, opera and cinema. Now, production companies, distributors and cinemas will be able to access public funding from a separate pot for film.

Going forward, Italian productions and co-productions will be financially supported based on past economic and artistic achievements and the distribution records of those involved, bringing it more in line with French public-funding models.

First and second films will receive 15% of the total fund and there are also due to be boosts for young producers, film festivals and those willing to invest in cinemas. Tax credits for independent productions will also rise.

As part of the shake-up, the committee in charge of evaluating projects eligible for public financing and the government-run film censor will both be disbanded, with alternatives to be announced in due course

Also, broadcasters will obliged to show more films: “They already are, but in these years regulations have largely been ignored,” explained Franceschini. “We are willing to write new sanctions and fines to enforce these obligations.”

Following the release of the government’s official statement, national associations and other industry praised the reforms, the most comprehensive shake-up of Italian cinema regulations since 1949.

Bertolucci, Tornatore, Sorrentino and Benigni all expressed enthusiasm for the changes, which have been urged in industry circles for decades.