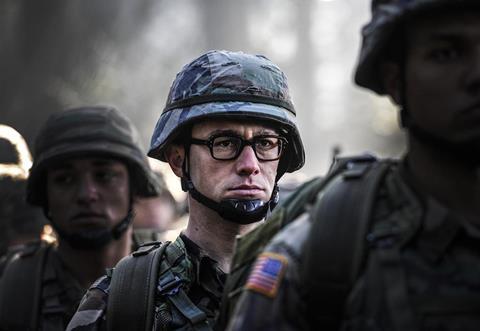 Director Oliver Stone laid bare the financial challenge of geting biopic Snowden made during a Zurich Summit keynote on Saturday [24].

Stone and longtime producer Moritz Borman said that the film, about US mass surveillance whistleblower Edward Snowden, was passed on by all major US studios for distribution and production.

“It’s so difficult to make any movie unless you have a studio up front,” Stone said. “This was a desperate nail clinging fucking venture, there’s as much drama in [making Snowden] as there is in a film itself.”

Backers on the €40m feature include Open Road Films (which will release in the US), Endgame, Borman/Kopeloff Productions, Vendian Entertainment, TG Media, and KrautPack; Wild Bunch handles international sales.

Stone told the select gathering that according to him many big companies in Americas would self-censor themselves rather than join a project like Snowden, which debuted at Toronto and screens in Zurich this weekend.

“Self-censorship is a problem,” the triple Oscar winner said. “Everyone is scared, there is a McCarthyism in a way. They say you are anti-American rather than critical of America. Being critical of America is right, and it’s just and artists should criticise the system when it needs reform.”

Following his biopic of former president George W Bush, Stone was asked whether he’d make a film about Donald Trump.

“Why him? Why not Mrs C? Why not Hillary, the evil Hillary? They say I don’t do women characters, well I think she deserves the full treatment.”

At a festival press conference earlier in the day the provocative director said he expects Swiss voters to back a new surveillance law in a national referendum on Sunday but questioned the wisdom of such an outcome.

“Governments keep repeating it and repeating it, ‘Terror, terrorism, fear, fear’ … and how they need more laws to catch these people. That’s not in evidence.

At the same conference actor Joseph Gordon-Levitt, who plays Snowden in Stone’s biopic, echoed the director’s sentiments on mass surveillance but pointed out that at least it was being put to the vote in Switzerland.

“It’s wonderful it’s being voted on. That is exactly what didn’t happen in the United States. Whether mass surveillance is right or wrong, that’s a complicated issue… but if people vote on it and feel it’s right, that’s at least is following democracy. That is what should have happened in the United States,” he said.