May shoot for Who Will Write Our History about the Oyneg Shabes archive; Nancy Spielberg produces with support from Steven Spielberg-chaired fund. 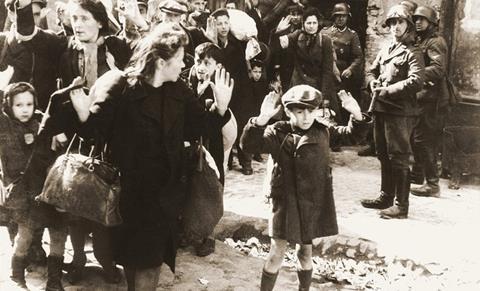 Shoot will begin on May 5, 2016, on Roberta Grossman’s Who Will Write Our History, the feature documentary telling the story of the hidden ‘Oyneg Shabes’ archive of 30,000 documents buried in 1943 on the eve of the Warsaw Ghetto uprising.

The film is executive-produced by Nancy Spielberg and has received support from the Righteous Persons Foundation which her brother Steven Spielberg set up with proceeds from his 1994 film, Schindler’s List.

Oscar nominee Joan Allen is to provide narration for the film which is based on Samuel Kassow’s well-received 2007 book of the same name.

The Oyneg Shabes archive is the extraordinarily revealing hoard of letters, confessionals, last testaments, poems and questionnaires compiled under the guidance of Jewish historian Emanuel Ringelblum in the Warsaw Ghetto during the Nazi occupation.

The documents were buried in milk cans and metal boxes and then retrieved from under the rubble after the war.

“To me, and this is going to sound like hyperbole, it is the most important untold story of the Holocaust,” Grossman commented of the Oyneg Shabes Archive.

Ultimately, she believes, the Jewish historians and archivists who put it together were able to cope with “their untimely and horrible deaths” because they knew they had preserved a record of their lives and culture before the Nazis managed to extinguish it.

The first cache of documents was discovered in 1946. The second cache was discovered by accident when Polish construction workers were building apartments on the site of the Ghetto. The third cache still hasn’t been found. This third instalment dealt with the final period of the Ghetto, just before the uprising of 1943. It is believed to be beneath the Chinese embassy in Warsaw but Grossman doubts that it will ever successfully be retrieved.

Grossman and Spielberg will be working on the documentary with Polish co-producing partner Match&Spark, set up last year by executive producer Anna Rozalska (Arbitrage).

The crew includes Emmy Award-winning cinematographer Dyanna Taylor (Buck), production designer Marek Warszewski (City 44), costume designer Aleksandra Staszko (Ida), and make-up artist Agnieszka Hodowana (The Gods). The main production designer is Frank Gampel, who has been with the project‎ from near its inception. The line producer is Pavlina Zipkova.

Polish actors Karolina Gruszka (Maria Curie), Piotr Glowacki (The Gods) and Jowita Budnik (Saviour Square) will play the lead roles of Judyta Ringelblum, Emanuel Ringelblum (the creator of the Oyneg Shabes Archive) and Rachel Auerbach, one of the few Oyneg Shabes members to survive the war. A sales agent is expected to be confirmed shortly.

Grossman plans to shoot actors on green screen and then insert them into archival footage. British special effects company Milk will also participate in the production.

Producer Nancy Spielberg and director Grossman previously collaborated on 2014 documentary Above And Beyond.