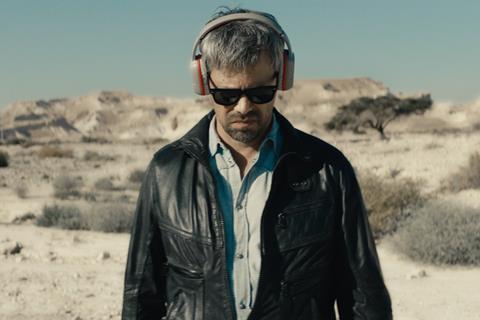 Early on in Israeli filmmaker Nadav Lapid’s bitter, ironic, incendiary new film, Nur Fibak’s character Yahalom describes her meteoric rise from provincial librarian to Deputy Director of Libraries at the Cultural Ministry in Jerusalem. Told she would shape Israeli culture, ideas, and thoughts, she enthuses to Avshalom Pollak’s jaded filmmaker Y that “suddenly the job seemed huge”. Soon after, she tells Y, who is about to present one of his films to the townspeople of a village in the country’s arid southern region, that he will have to sign a form in order to get paid – in which he agrees to stick only to certain approved topics in his after-screening talk.

At its most simple, a film about revulsion for a culture you belong to, or are identified with

Lapid specialises in disconnects – the two films which first brought him to international attention, Policeman (2011) and The Kindergarten Teacher (2014) were about, respectively, a cop who couldn’t divide his brain into work and home compartments, and a frustrated woman who lives vicariously, and fraudulently, through a talented toddler. With Synonyms, which picked up Berlin’s Golden Bear in 2019, the disjunct became more explicitly about the state of Israel, and the Israeli state of mind.

But that film was both sardonic and freewheeling, readily embracing its Parisian locations. Ahed’s Knee is set in the Arava, south of the Dead Sea, and it’s as spiky as that semi-desert region’s wild plants, as stony as the ground Y lets himself fall headfirst into at one point. The film takes its name and its cue from the case of Ahed Tamimi, a Palestinian teenager who was arrested after slapping an Israeli soldier in December 2017 and became a cause celebre after a video of the incident went viral. Disgusted by a tweet from an Israeli who wrote that Ahed should have got a bullet in the knee, Y has plans to make his next work about the case –“possibly a video art installation”, he tells his producer over the phone. The Ahed theme acts as a kind of baseline in a film that is, at its simplest, is about revulsion for a culture you belong to, or are identified with.

In this, it’s more of a diatribe than the elusive Synonyms – literally so at one point – but this is no soapbox drama. The writer-director’s evident anger is tempered and fragmented by both fatalism, games of truth and lies, self-doubt and frequent reminders, in this Biblical landscape, of the historical and geological long view. Ahed’s Knee also works, perhaps surprisingly, as a drama that crackles with a never-consumed sexual energy. All this should propel it to a controversial, debate-stirring release in Israel and plenty of solid arthouse exposure elsewhere.

Lapid teases his audience with the question of how far Y is a stand-in for himself: the only scrap of footage we see that purports to be by the director-within-the-film is a home-movie clip of a baby, which may or may not be Y (he refuses to confirm this in the post-screening Q&A). Avshalom Pollak, an Israeli actor turned choreographer and dance-company director, puts in a magnificently physical performance as Y, an artist who seems to be haunted by some difficulty that he hasn’t quite put his finger on yet – until this trip south in a biplane full of army recruits. But unlike Tom Mercier in Synonyms, who seems in nervous perpetual motion, Pollak as Y has locked himself down, hardly risking a hand jive as he listens to Vanessa Paradis’ pop anthem Be My Baby on his headphones during a desert wander. First-time actress Nur Fibak is also a fine casting choice: in full bloom, young and a little provocative, the character she plays is fascinatingly at odds with what she represents as the mouthpiece of a regime that tolerates no dissent.

Formalist style tricks include a camera that gets distracted at times, panning up or across the sky and to a desert of a town, Sapir, that seems to have been plonked down with its plumbing and cables exposed. At one point, Yahalom pulls back the curtains of the house Y has been given for his night’s stay, and we see right through it to a widescreen view of mountains in the back window, boxed neatly within the film’s widescreen ratio: a neat metaphor for the film’s argument about the receding mirrors of censorship and self-censorship in today’s Israel.