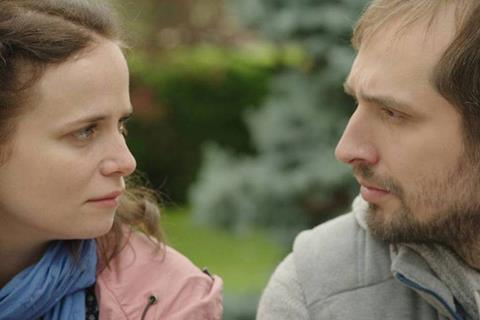 Romanian cinema takes a decidedly Bergmanesque turn with Ana, Mon Amour, an intellectually complex, emotionally harrowing dissection of the travails of a long-term relationship. Structured jigsaw-style in a series of non-chronological fragments, and featuring terrific performances from leads Mircea Postelnicu and Diana Cavallioti, Ana, Mon Amour is a jump into the realm of intimate psychology from the director of Child’s Pose, the Berlin Golden Bear winner in 2013.

The film’s construction is precisely managed, so that enigmas form and are resolved in a highly fluid, organic way

This formally and dramatically ambitious work could well see Netzer repeat that coup, but there’s no doubt that the film will impress wherever there is an audience for substantial, highly adult cinema.

The film begins with a seemingly traditional meet-cute between two young literature students, Toma (Postelnicu) and Ana (Cavallioti). His show-offy talk about Nietzsche gets her steamed up, as does the sound of love-making in a neighboring room and despite, Ana suffering an anxiety attack because she hasn’t been taking her medication, it soon becomes clear where this scene is going.

After a brief idyll at a music festival, the couple pay visits to both partners’ parents. Both trips quickly turn sour, however: Toma is first forced to sleep on the sofa with Ana’s stepfather Igor (Igor Caras Romanov) and borrow the latter’s pyjamas, then witnesses a display of Igor’s rage. The visit to Toma’s folks go just as badly, with his father venting spleen at both Ana and at his wife (Carmen Tañase).

Just when we think the film is going in a linear direction, the drama starts hopping unpredictably around a temporal landscape that we have to map out for ourselves; one navigation guide being the array of different hairstyles that the characters wear over the years. A key strand involves Toma’s visits to a psychoanalyst (Adrien Titieni, from Cristian Mungiu’s Graduation), while another is constituted by Ana’s mental and physical issues, which may possibly stem from her never knowing her real father or her very delicate relationship with Igor.

Scene by scene we get to know the couple better as they marry, have a son, follow divergent career paths and get involved in different ways with psychoanalysis and religion - the latter prompting a beautifully-pitched scene with a highly pragmatic priest, played by that ever-watchable Romanian fixture Vlad Ivanov.

Yet the film’s construction is precisely managed, so that enigmas form and are resolved in a highly fluid, organic way. Whereas other ‘mosaic’ films - for example, 21 Grams or certain Michael Haneke works - play games with the viewer’s perceptions of a disordered universe, Ana, Mon Amour parcels out its revelations so that thematic echoes and connections emerge gradually. It’s a process less like the detective work required by some dramas, and more like the psychoanalysis undertaken by both Toma and Ana. Indeed, this is a film that therapists and psychoanalytical commentators will flock to; not just because therapy is a key theme, but because its insights are so provocatively stitched into the film’s very texture.

One aspect that may jar with some viewers is that Ana, Mon Amour could be read as a story of a man’s problems with female psychology. We are consistently shown Toma’s point of view, however partial and unreliable, and, by the end, we may feel that there could have been a parallel film showing events from Ana’s point of view. But the film is undoubtedly a tour de force, not least by the two actors, who essentially play several characters - or at least, multiple aspects of the two lovers - and who both audaciously shed inhibitions in a film that is at times as exposing sexually as it is psychologically.