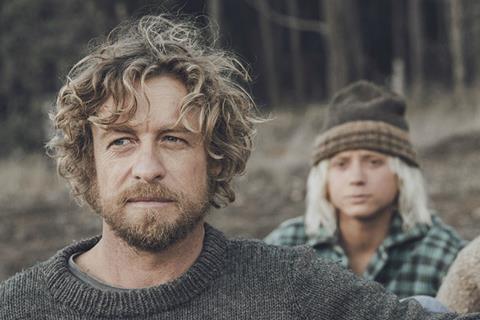 It’s with a soulful splash in coming-of-age waters that Simon Baker makes his feature directorial debut, and his return to the Australian industry after a near two-decade absence. Adapting Tim Winton’s acclaimed novel with assurance, affection and a keen understanding of its central search for identity, the measured and moving Breath proves a successful homecoming. Like taking a dip in alluring yet choppy surf, as its characters do often, it’s equally vivid and calm, swelling with emotion yet still in its approach.

Breath resounds in its themes and feeling partly because it paddles so heavily into its Australiana.

Thanks to his US fame, Baker’s name will entice interest following the film’s Toronto premiere, but Breath remains textured and involving regardless of his profile. Though the coastal-set effort unfurls perhaps a little too patiently to have a widespread impact, it should hold solid appeal to fans of thoughtful, searching dramas — and, thanks to water cinematographer Rick Rifici’s (Drift) sharp work, to lovers of agile surf visuals. At a minimum, Australian audiences will greet the feature enthusiastically upon its 2018 release.

Patience, of course, isn’t just a virtue of the film’s pacing and introspective mood — or indicative of Baker’s handling of his surfer turned first-time actor leads, who ooze naturalism. It’s also crucial when taking to the waves, though 13-year-old Pikelet (Samson Coulter) understands this better than the outgoing Loonie (Ben Spence). Odd-couple buddies united in their adolescent malaise and desire for adventure beyond routine lives, they’re drawn to the ocean. Poetic narration from Winton bathes their teenage exploits in reflection, positioning the narrative as the memories of a man contrasting the boy he was with the person he’ll grow into.

That the duo is first spied clowning around in a creek offers a telling taste of things to come. So too does Pikelet’s fishing trip on the river with his father (Richard Roxburgh), who is wary about venturing outside of his comfort zone. The picture of restless ‘70s youth, the boys’ decision to cycle from their small town to the coastline seems inevitable, yet steeped in youthful rebellion. On the way, Loonie grasps the side of a utility vehicle, with the threat of an accident ever-present, but their risk is rewarded when they first set eyes on surfers riding the tide.

With the tonal command of a more experienced directorial hand — episodes of The Guardian and The Mentalist are Baker’s only other behind-the-lens credits — Breath highlights Pikelet and Loonie’s shared zest but doesn’t downplay their clashes, or the transformation their newfound calling sparks. Falling under the wing of former professional surfer Sando (Baker), who lives in seclusion with his retired skier wife Eva (Elizabeth Debicki), thrills and spills follow on sea and land.

Sando’s obsession with hitting bigger breaks becomes their own, just as the injured, unhappy Eva becomes an object of affection. With accepting and conquering their fears their unspoken motivation, Loonie stays true to his wild instincts; however, when Pikelet faces tempestuous seas internally and externally, he begins to reassess his concept of courage.

Though familiarity abounds in Winton, Baker and Gerard Lee’s (Top of the Lake) adapted screenplay with its parallel forces of ocean and emotion, there’s much that’s specific and authentic; even when its ebbs and flows are easy to foresee, Breath resounds in its themes and feeling partly because it paddles so heavily into its Australiana. Local vernacular rolls off the tongue, distinctive beach and bushland sites are couched in muted warmth, and a nation’s eagerness to become comfortable in its own skin seep through the story, giving this otherwise universal tale of growing up, discovering new worlds and making tough decisions some necessary detail.

Complementing Rifici’s vibrant water work, Marden Dean (Boys in the Trees) shoots with intricacies in mind; be it the foliage-dense Western Australian landscape, the rough-and-ready era-appropriate surfboards or the chunky knit of Sando’s jumpers.

Among the impressive cast of veterans and newcomers, performances go with the prevailing stream. Coulter is all physicality and well-deployed words reminiscent of a young Bryan Brown; Spence a lively scene-stealer but never painting Loonie as a caricature; Debicki sympathetically brittle; and a scruffy Baker tender and resonant — much like his feature itself.