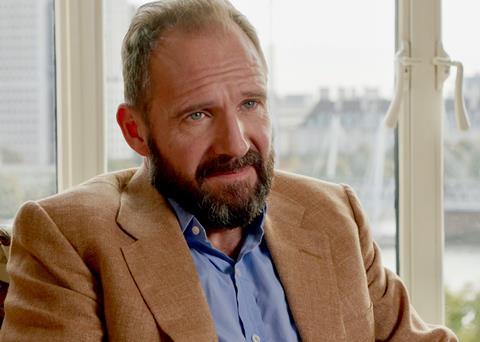 As compelling as a John Le Carre novel

Iranian-born Amirani makes his quest for the truth a central element of Coup 53, allowing the viewer to share in the sense of pulse-racing discovery as his dogged detective work unearths vital documents, revealing testimony and expert witnesses. The result is a far-reaching insight into the misadventures of imperialist powers that feels as compelling as a John Le Carre novel or a Costa-Gavras classic.

A labour of love for Amirani over the past ten years, Coup 53 stems from his admiration of Mosaddegh, a man he describes as “ the closest Iran came to Gandhi”. Mosaddegh was ‘Time’ magazine’s Man Of The Year in 1952 and a politician who believed in an independent Iran with control over its own vast oil resources. Predictaby, he was an inconvenient stumbling block for British and American governments who used every means at their disposal to discredit and remove him.

Densely packed with information and interviews, Coup 53 is accessible throughout as Amirani (working with editor Walter Murch) builds a picture of the coup, places it in context and sketches out the consequences. His biggest breakthrough is gaining access to unused footage from a 1985 British television series entitled End Of Empire. The episode on Iran includes mention of the “Darbyshire tape”, an interview with MI6 operative Norman Darbyshire. His contibution did not appear in the broadcast programme and there is no film of the interview. There is, however, a transcript and the memories of those who filmed it at the Savoy hotel in London.

Reflecting the inventiveness that Amirani displays throughout the film, he chooses to restage the interview in the same location with Ralph Fiennes playing Darbyshire and using his words. He is perfectly cast as someone matter-of-fact in his candour, vaguely worldweary as he confirms that the British government worked with the CIA to create unrest and overthrow Mosaddegh, something the British have never officially admitted.

Darbyshire’s incendiary testimony is central to the film but reflective of appalling British attitudes to Iran that are confirmed in archive interviews that range from CIA agent Stephen Meade to British Conservative MP Julian Amery.

Amirani impresses throughout with the scope of those whose voices he includes in the spider’s web of connections from supporters of the Shah to Mossadegh’s grandson. He explains British interests in a country whose oil reserves were considered fair game by Prime Minister Winston Churchill. American President Harry Truman suggested that Iran was a sovereign state with rights that needed to be respected. But the election of Eisenhower cleared away such reservations, making possible the collaboration between the CIA and MI6.

Everything builds towards the coup, a defining moment in the relationship between Iran and the West that is recalled in eyewitness testimony and vivid animated sequences conveying the violence and chaos on the streets. It is one more imaginative touch in a sharp-eyed history lesson that unfolds with the pace and fascination of thriller.