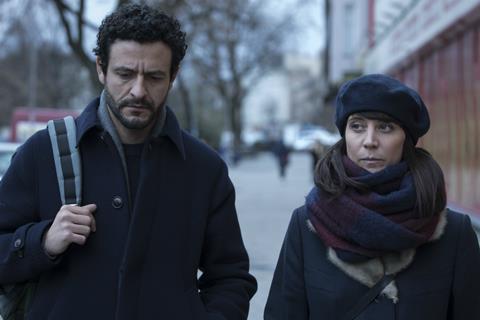 Strong performances anchor Distances, a film that, in following four Spaniards to Berlin for a celebratory weekend, takes a deeper journey through 30-something malaise. A mature second feature from writer/director Elena Trapé (2010’s Blog), this is an emotionally intimate, aesthetically naturalistic exploration of the niggling feeling that life hasn’t quite lived up to one’s expectations. Alexandra Jiménez (Witching and Bitching, Kiki, Love to Love) is a particular standout as the pregnant woman forced to confront her own regrets and choices while she wades through her friends’ dramas.

Boasting Isabel Coixet as an executive producer, Distances comes to Busan after premiering at the Málaga Film Festival earlier this year, but should add other stops to its international tour. It’s not just the fact that the movie’s central concept is so widely relatable, familiar though the general storyline may be. With assistance from her five core actors, as well as appropriately restless handheld camerawork, Trapé crafts a film that feels authentic and lived-in from start to finish.

Taking a bus straight from the airport to their pal Comas’ (Miki Esparbé) doorstep, Olivia (Jiménez), Eloi (Bruno Sevilla), and couple Guille (Isak Férriz) and Anna (Maria Ribera) arrive unannounced to mark their host’s 35th birthday. Hardly living the life that he has bragged about on his jaunts back to Barcelona, Comas is measured rather than enthusiastic towards his unexpected visitors, setting the tone for the entire weekend. In fact, after a Friday night spent catching up awkwardly over drinks, Comas goes missing, throwing Olivia’s plans into disarray and sending the listless Eloi and arguing Guille and Anna out to look for him.

Distances focuses on old university friends who have drifted apart — and, with one wild trip away, are trying to convince themselves otherwise — but, co-writing with Josan Hatero and Miguel Ibáñez Monroy, Trapé spends less time examining the group as a whole, and more time dissecting individual relationships. Olivia and Comas share a close history that slowly comes into focus. In addition, Comas now has his own thorny romance in Berlin that complicates matters, while Eloi tussles with his own failings as he wanders Berlin’s streets and Guille and Anna sort through pent-up issues.

Reflecting one of the title’s multiple interpretations, each of Distances’ central quintet ends up facing the distance around them — between the dreams they had when they were young, happy and carefree students together, and the complicated reality of their present existence. With Olivia opting to stay in Comas’ apartment while everyone else goes searching, Jiménez is given the meatiest chance to grapple with her character’s internalised woes, and she gives the subtle and compelling performance that is required. Indeed, as Olivia waits and bakes a cake, there’s more pain and uncertainty in her silent anguish than in the movie’s more forceful scenes of confrontation.

A nuanced, quiet and often emotionally claustrophobic film calls for imagery to match, which Trapé and cinematographer Julián Elizalde find not only in neutral-toned interiors, but also throughout Berlin. Recognisable sights are used sparingly, with Distances more concerned with the hustle and bustle of the city — and with its distinctive grey winter tones, which perfectly suit the mood — than with playing tourist.