A reluctant Irish medium is lured back into the ghostbusting business 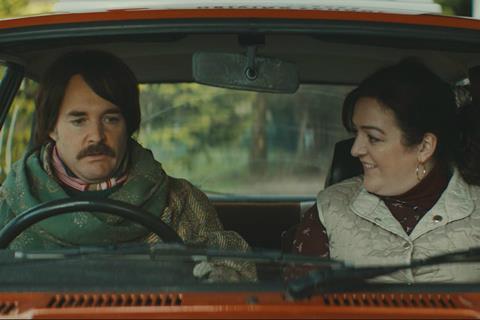 When she isn’t making slightly awkward small talk with the students of her driving school; Rose (Maeve Higgins) can usually be found eating ready meals for one, wearing just her tights and an air of resignation. What she absolutely won’t be doing is using her ‘talent’ – the ability to commune with the dead – ever since a tragic accident involving a haunted pothole. This amiable comedy takes a ghostbusting premise, complete with copious deployment of ectoplasm, and transposes it to rural Ireland. The humour is low key, repeatedly mining the juxtaposition of the supernatural and the banal; a likeable performance from Maeve Higgins is the picture’s driving force.

This is the first feature film leading role for the Cork-born, NY-based comedian and podcaster Higgins; it was written for her and showcases her unassuming, self-mocking brand of comedy. And while, like the film itself, her affable, slightly shambolic performance style might be better suited to the small screen than to the cinema, her presence will be a key selling point in territories where her profile as a comic has currency. The unapologetic silliness of the premise will likely be compared to What We Do In The Shadows, however this film, broader in its approach, lacks the finely honed jokes and thus the potential to connect with a wider audience.

Rose carries the legacy of the family name. Her father, Vincent Dooley, was a minor celebrity with his own local television show which explored matters supernatural. His sometime business partner, Rose is now racked with guilt over her part in his accidental death. She long ago swore off the paranormal in favour of a normal life. But her message box is full each night with requests for help with supernatural odd jobs which need fixing.

It tends to be fairly benign stuff – a haunted wheelie bin here, a possessed toaster there. But then Rose meets Martin (Barry Ward), a widower who is being constantly hectored by the ghost of his dead wife. And the spark of attraction between the two lures her back into the business. Unfortunately, Martin’s problems are greater than the constant nagging from the afterlife.

Christian Winter (Will Forte), an American one hit wonder and tax exile, has been dabbling with Satanism in order to revive his flagging fortunes. He needs a virgin to sacrifice and has set his sights on Martin’s teenage daughter Sarah (Emma Coleman). To save Sarah, Rose and Martin must collect ectoplasm from seven different spirit manifestations, all of which will be channeled through the unfortunate Martin.

Tonally, it’s uneven. The comedy lands rather more successfully in the moments shared between the ineptly flirtatious Rose and clueless Martin; scenes featuring Christian Winter and his strident, recklessly violent wife are repetitive and rather lazy.

The tongue-in-cheek score contributes spooky atmospherics with a sly wink; the digital effects, which include an irascible demon, a portal to hell and a magpie possessed by a helpful spirit, are about as persuasive and polished as the jocular tone of the film requires.