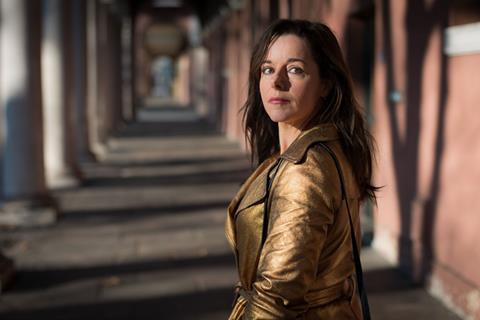 A hard-working mother strives to provide a future for her teenage son in Cécile Ducrocq’s spirited first feature. But matters are complicated by the fact that Marie (Laure Calamy) is a sex worker, and her son Adrien (Nissim Renard) has been kicked out of catering school and seems paralysed by a crippling combination of anger and inertia. The reliably excellent Calamy is the energetic, somewhat erratic dynamo which powers the film while the relationship between mother and son – abrasive, explosive but grounded in mutual love – and the pressures of Marie’s working environment are persuasively realised.

It’s the first feature for Cécile Ducrocq, but her second collaboration with Calamy – she previously wrote several episodes of Call My Agent!. Calamy, who, following her superb turn in Eric Gravel’s Full Time, seems to have cornered the market in roles for frazzled mothers under duress, secured her fourth César Best Actress nomination for this performance (she won in 2020 for My Donkey, My Lover & I - Antoinette dans les Cévennes). It’s a solid drama which, while it doesn’t cover much in the way of new ground, is elevated by the quality of the performances and should connect with a female-skewed arthouse audience. Blue Finch Film Releasing holds UK rights.

Marie is proud of her chosen profession. She marches, along with other sex-workers, through the postcard-pretty streets of Strasbourg to protest the punitive laws which force her and her fellow workers into risky situations in order to make a living. She is matter of fact about her profession during a meeting with the bank in order to try and secure a loan to send her son to a top-tier private catering school. But at the same time, as a woman in her late thirties (she habitually lies about her age and tends to contradict herself, often within the same conversation) she is under no illusions about the challenges which lay ahead. A once-regular client has started to drift away from her and she can’t help but feel a stab of betrayal when she realises that he has started to frequent the (younger, cheaper) competition. And while the bank manager is glassily impassive when she reveals the nature of her self-employed work, he recoils from her meagre monthly accounts as if breadline subsistence might prove to be infectious in some way.

Meanwhile, Adrian drifts through his life, stroppily predicting defeat before he even attempts to meet a new challenge. Marie has seen enough deadbeats through the years to recognise the warning signs. But her parenting methods are inflaming an already tense situation – she tends to favour scorched earth confrontations and conversations inevitably end as shouting matches. In order to buy him one final chance in a prestigious cookery school, Marie finds herself compromising her own rules – she gets a job in a brothel across the border in Germany. And she starts to lose her grip on the moral compass which was, hitherto, a key part of her professional identity. But while an increasingly desperate Marie is confronted by her own failures, her son starts to find his own way forward.

There’s a brisk, propulsive quality to the filmmaking – the camera, like the characters, is frequently in motion, scouring the streets of Strasbourg for an exit from what seems to be a dead end. And Calamy’s fiery performance as Marie is the engine which drives it – impatient, impulsive, increasingly ill-considered. It all leads towards a quietly potent moment at the end, where it becomes clear that while Adrian might have found his place in the world, Marie is struggling to keep hers.