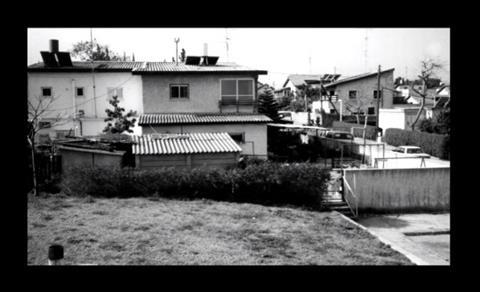 What happens when a childcare professional with several decades of experience is accused of abusing the infants in her care? Can a life ever go back to normal, even after the charges are thrown out of court and the main witness dismissed as unreliable? This documentary explores both the case of Aliza Raines, a kindergarten teacher who, in 1993, was charged with and subsequently cleared of abusing her students, and the ramifications of her ordeal on her life and her immediate family.

The film opens with a man, alone in a cinema, watching Thomas Vinterberg’s The Hunt.

Empathetic in its approach, the film will be of most interest to local audiences familiar enough with the case to wonder what happened next. This small-scale human drama is sensitively handled, although it may lack some of the impact and the compulsive, thriller-like structure of a picture like Capturing The Friedmans. Well-placed to attract some festival attention, Kindergarted may nontheless struggle to break out to a wider audience.

The film opens with a man, alone in a cinema, watching Thomas Vinterberg’s The Hunt. He later recalls the experience: “As it progressed, I started to feel ill-at-ease. Then I realised that I was in that movie.” He is Ady Jakubovitz, the only parent involved in the case who is now, twenty years later, prepared to discuss it on camera.

The choice of film, in which Mads Mikkelsen’s character is falsely smeared with charges of child abuse, effectively allays any question about the culpability of Aliza Raines in the minds of those audience members who have seen Vinterberg’s drama.

Through interviews with Aliza’s son, Doron Raines, and her two daughters Idit Weiss (ne Raines) and Amalya Raines, the events surrounding Aliza’s arrest unfold. Seeing their mother for the first time after she was detained, all her children describe a sense of shock. “She had aged twenty years in one day,” recalls Idit. Softly spoken Doron describes how the experience seemed to physically diminish his mother, “She got so small.”

There are some pacing issues and, even at the succinct running time, there are moments which feel like padding: a sequence in which Doron talks us through his collection of rescued donkeys being a case in point.

However the main issue is one of access. It’s not through want of trying on the part of the filmmakers – we hear numerous recorded telephone conversations asking for interviews – but the story is very much told from the point of view of Aliza’s immediate family. Neither the prosecuting police officer nor the key witness, Aliza’s assistant Mali Schmuel, are prepared to talk to the filmmakers. More forthcoming is the father who, it is reported, was the main instigator of the accusations, however he too refuses to appear on camera. His telephone interview, laced with implicit threats and complaints of persecution by Aliza and her family, leaves us with more questions than answers.

Perhaps the most notable absence is Aliza herself. She appears on camera, shot from behind as she walks every day past the kindergarten where she worked (her house adjoins it). But the only time we hear her voice is on a recording of a radio interview.