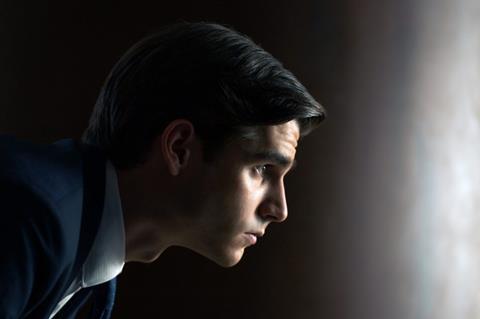 The adventure/drama limited series La Fortuna is a marked change of tone for Alejandro Amenabar after his dark vision of Spain’s recent past in the multiple Goya winning feature While At War (2015). Still, though, the director of The Others and The Sea Inside can’t stop himself from excavating the country’s history in his first TV production, this time with a sunken galleon and a modern-day fortune hunter played by Stanley Tucci who sets Spain and the US on a collision course.

Although this Movistar/AMC co-production very much moves between both countries, it ultimately feels more Spanish than American in the talky way it deals with modern politics in Madrid’s Moncloa. A modest treasure, unlike the cargo carried by its titular galleon, La Fortuna should shine at home, but there’s a softness in the pacing which means it will have to rely heavily on the names of Amenabar and Tucci to attract attention in markets further afield. Like the ancient coins at the heart of the dispute between so many interested parties, some parts of La Fortuna could do with a polish, while others have a more recognisable lustre.

The self-knowing series acknowledges how tricky it is to fuel 300-minute drama with a quest by Spanish civil servants to recover a cargo manifest, and Amenabar complicates the matter further by setting up his youthful hero Alex Ventura (Alvaro Mel) as a timid newbie in the offices of the Culture Ministry in Madrid. It’s not quite as exciting on a visual level as modern-day pirate Frank Wild (Stanley Tucci)  illicitly raking Spain’s seabed for sunken doubloons, but Amenabar does his best.

When Wild stumbles upon the wreck of La Fortuna, he’s quick to whisk his spoils home to Atlanta, the headquarters of his Atlantis Group, staffed by his formidable consigliere Susan McLean (T’nia Miller). The under-funded, under-resourced, and under-committed Spanish government is left floundering in his wake, perhaps even compromised in his success. Certainly, blind eyes have been turned to his explorations. By the time Spain wakes up to his most modern-day theft, $500 million of bullion is locked up in a secret facility in Georga (thanks to help from the dastardly Brits in Gibraltar) and the wily Wild is hiding behind a raft of expensive lawyers.

Spain’s musty civil service has a secret weapon in feisty heritage guardian Lucia (Ana Polvorosa) though, who smokes and curses her way into the corridors of power demanding Frank Wlld be stopped. Alex, a new graduate from diplomatic school, volunteers to help her. Lucia and Alex make for an unlikely couple - she’s 15 years older than her 25 year-old protege, outspoken, a lesbian, and a committed lefty, while he’s a conservative altar-boy type, as she taunts him. Together, though, they engage wise old US lawyer Jonas Pierce (Clarke Peters), himself equipped with a backstory involving a life-long enmity with Wild. Together, they try to take on the Americans with the help of a defiant culture secretary who is himself way out on a limb.

Acerbic asides about the state of Spanish politics are enjoyable for those in the know, but don’t help move the action on. For that, Amenabar also travels back in time to recreate the sinking of the Fortuna, one of a flotilla of four ships sent home to Spain from the American colonies with great riches to fund a threatened war. Amenabar’s series isn’t based on a true story, although the chronology of La Fortuna comes across as realistic enough. There was a similar incident in Colombia during the the Wars of the Spanish Succession, when the British Navy sank the San Jose. Discovered back in 2015, it prompted international arguments over the destiny of the treasure.

And, of course, there are fortune hunters everywhere, as the fate of the Titanic illustrates.

But it’s not the truth of the matter that will see Amenabar’s TV series sink or swim. It’s the glamour of the locations, strong acting across the board, and the conflict of those strengths with the half-hearted pacing that viewers will often need to lash themselves to the rail to endure.  It does seem that this series could have been completed in three or four episodes as opposed to the six commissioned, and the final two alternately dawdle and speed up again to diminishing results. The series, which is essentially an adventure/drama,  can’t quite make up its mind who is the villain - Tucci, who is a lot of fun, or the Deep State, which isn’t quite so entertaining. Viewers, though, are in safe hands in a pretty enough package as filmed by Spanish DoP hotshot Carlos Catalon and briskly scored by Roque Banos. Whether they’ll complete the journey remains to be seen.