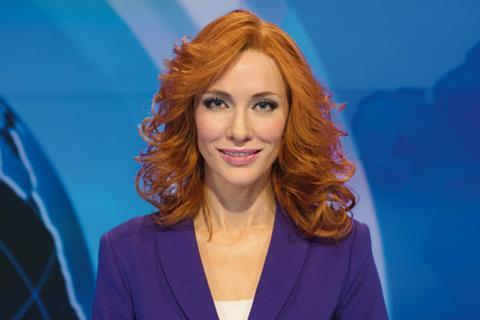 Alongside Meryl Streep and Tilda Swinton, Cate Blanchett is one of cinema’s great chameleons — and irrepressible hams, when she’s in the mood. The impish, experimental Manifesto gives the two-time Oscar-winner plenty of room to flaunt her technique, and part of the film’s fun comes from watching her indulge shamelessly. Playing 13 different characters, she’s practically a one-woman show, working with German film and video artist Julian Rosefeldt to re-contextualise famous artist manifestos of the 20th century. Unavoidably uneven but fairly engaging throughout, Manifesto is a cavalcade of provocative ideas, arresting visuals and fabulous wigs.

Blanchett and her many personas make for lively, rambunctious company.

Screening in Sundance’s Premieres section, Manifesto began as a 13-channel art installation, playing in Berlin and New York. The film will cater to art-house crowds, and the prospect of seeing Blanchett shuffle through myriad costumes and accents to portray these different individuals should prove tempting to her fans.

Rosefeldt draws from the writings of philosophers, filmmakers, painters and others, taking their thoughts on the role of artists and using them as dialogue in distinct, separate scenarios. Blanchett plays a different character — including a puppeteer, a homeless man, a choreographer, a punk rocker and a CEO — in each scene, voicing these artists’ musings and often creating a dramatic context for their words.

Manifesto’s playful concept invites the audience to engage with Rosefeldt’s irreverent-but-serious approach. His scenarios run the gamut from self-consciously pedestrian (a family saying grace before dinner) to eye-popping (a dystopian brokerage house), and quite frequently the visuals are astonishing, adding gravitas that complements the manifestos’ impassioned declarations.

Routinely, Rosefeldt and Blanchett allow the juxtaposition between the high-minded words and the everyday situations to spark a reaction — which is often delighted laughter. In one scene, Blanchett plays a speaker at a funeral, but rather than delivering a solemn eulogy, she sounds off on the relative value of Dadaism. A sequence in which she’s a prim grade-school teacher takes a turn toward the surreal after she begins instructing her students on filmmaking techniques, drawing heavily from the severe rules laid out by the Danish directors responsible for the Dogme 95 movement. And most brilliantly, the actress plays both a newscaster and a field reporter at a glitzy cable channel, the characters’ esoteric discussion of minimalism and conceptual art wickedly clashing with the TV studio’s superficial, antiseptic design.

Manifesto doesn’t reveal the authors’ names as it moves from sequence to sequence, which can lead to some frustration. (Viewers have to wait for the end credits for that information.) But knowing which lines were written by Karl Marx, André Breton or Jim Jarmusch is, ultimately, not as important as submerging oneself into Rosefeldt’s vision. The smorgasbord of ideas in each sequence, and across the film, is meant to be a bit unruly and contradictory, encouraging viewers to decide which resonate with them deepest.

Not surprisingly, then, Blanchett gives several good performances — alongside some real howlers. Her prim teacher and telegenic newscaster are both a hoot, while her portrayals of a snarling rocker and a demanding choreographer push into parody without being appreciably funny. It’s impossible in a project like this for Blanchett not to show off some. (Her costumes, hair and makeup are all impeccably considered.) And although the empty flashes of bravura can be tiresome, her enthusiasm to embody these roles (and the accompanying manifestos) gives this potentially dry, academic exercise a welcome zest. She and her many personas make for lively, rambunctious company.