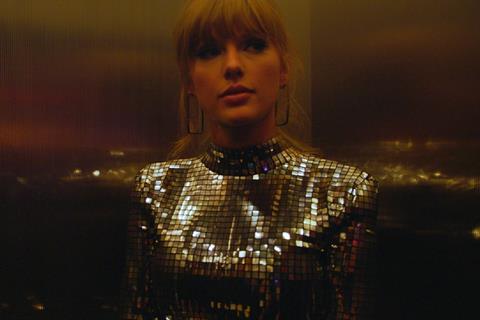 Popular but also polarising, Taylor Swift is a global superstar whose every utterance enraptures millions of fans while also enraging countless detractors who accuse her of being inauthentic and calculated. What’s powerfully frustrating about Miss Americana, a documentary meant to be a candid behind-the-scenes look at Swift’s life, is that, for as talented, smart, funny and thoughtful as the 30-year-old clearly is, the movie never entirely defuses her critics’ biggest complaint. Filmed during a time of personal turmoil for Swift, when she decided she could no longer be silent about her politics, no matter the blowback to her career, director Lana Wilson’s portrait feels more like the singer’s attempt at brand repositioning than a heartfelt, revealing chronicle.

Miss Americana comes across like it’s trying to sell the viewer on this wiser, more outspoken Taylor Swift

Arriving on Netflix on January 31, a little more than a week after its Sundance premiere, Miss Americana will be sought after by Swift’s legions of admirers. This is the second film the Grammy-winning artist has released through Netflix in the span of about a year — Reputation Concert Tour hit the streaming site on New Year’s Eve of 2018 — and, while there is concert footage included in this new documentary, the film’s main attraction will be the window it opens into Swift’s inner sanctum.

Wilson (After Tiller) spends approximately a year following Swift as she works on new songs and talks about her ups and downs, including her now-infamous 2009 altercation with Kanye West during an awards show where he disrespected her on stage after she won a prize. But Miss Americana takes special interest in her recent political maturation as she appears in court during the sexual assault trial of her alleged attacker, radio DJ David Mueller, and speaks out against conservative lawmakers.

It’s unlikely that Miss Americana will convince naysayers of Swift’s artistry — as with most music documentaries, the film preaches to the converted. Indeed, despite entertaining working-in-the-studio moments and some unguarded conversations, Miss Americana comes across like it’s trying to sell the viewer on this wiser, more outspoken Taylor Swift.

This is not to discount the sincerity of her change of heart or her progressive views — for years, she was criticised for not using her platform to support political causes — but Miss Americana carries too much of a self-congratulatory tone to give Swift’s evolution the resonance it deserves. Not only is the documentary for Swift fans, it’s almost an official decree from their hero, proudly informing them of her current mindset.

What helps Wilson is that Swift, beyond being an engaging presence, is someone who has faced many issues that are swirling through the zeitgeist — not just #MeToo but also the sexism that a female artist must endure in an industry where youth and beauty are prized over just about everything else. When Swift discusses her professional anxieties — she worries that, by 35, she may be discarded as a pop star because she’ll be “too old” — or the fact that women are often expected to be demure, not opinionated or ambitious, Miss Americana makes a compelling case for the intense pressures she navigates in the cutthroat music business. And later in the documentary, as she finally decides to break her silence and post about a senatorial candidate she opposes, we sense the commercial risk that she’s taking — but also her need to stop worrying about what others think of her.

But even though Swift claims to want to be less cautious, Miss Americana is a little too timid and constructed — it rarely gives viewers the impression that we’re seeing the “real” Taylor Swift. It’s not that she acts phony in the documentary, but the movie’s message is so carefully scripted that there isn’t much spontaneity or surprise. (And while Miss Americana touches on her on-going battle with West, there’s no mention of some of her other notable public feuds, including with music streaming services and record executive Scooter Braun.)

For years, Swift’s songs have been beloved because they feel like honest, vulnerable explorations of her life. The trouble with Miss Americana is that, although there is honesty and vulnerability, there’s also something rehearsed and distant about it. Swift invites us in, but she only lets us see so much.