Focusing on the protests of October 2019, Patricio Guzman’s involving doc reveals a Chile that is hungry for change 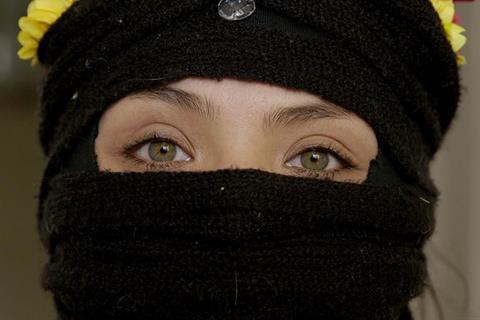 Patricio Guzman never thought he would live to see a second revolution in Chile. It is almost half a century since his documentary The Battle Of Chile (1975) began to chart the events that led to the toppling of the democratically elected government of Salvador Allende. My Imaginary Country (Mi Pais Imaginario) attempts to understand what sparked the grass roots protests of October 2019 and the sense of hope they unleashed in a country hungry for change. Guzman’s heart and soul investment in the film and the snapshots of people power in action make for an emotional and involving documentary that has already secured a number of international sales, including New Wave for the United Kingdom and Ireland.

Guzman begins with a black and white sequence from The Battle Of Chile capturing joyous crowds showing their support for Allende and the future he represented. There is such hope in their voices that what happened afterwards is even more tragic. Guzman suggests that the protests in 2019 restored the national memory, reminding people of what could be possible. Guzman recalls that Chris Marker had been an influential early supporter of his work. His advice to him was: “ When you want to film a fire, you must be ready at the place where the first flame will appear.” Guzman confesses that he was not present in Chile for the first flames of 2019, but a year later he arrived with his camera to try and make sense of it all.

My Imaginary Country brings together some striking still images, footage of street protests, lofty, contemplative drone shots and interviews with some of those on the front lines of what happened. Guzman is an unobtrusive figure throughout. He is never seen but we hear his gentle, probing questions and his reflections on a situation that feels to him like a sleeping giant has awoken.

Guzman is able to tease out the complexities of a situation in which decades of frustration, disappointment and repression have finally prompted the people of Chile to take to the streets. One day in October 2019, more than 1.2 million individuals were on the move in Plaza Baquedano in Santiago. It was the biggest people’s protest in Chilean history. It becomes very apparent that this came from the ground up and was swept along by the participation of all ages. The catalyst may have been a rise in subway ticket prices but that was the final straw for generations living with poverty, unemployment, inequality, a callous political elite and a constitution that still embodied the principles of the Pinochet military dictatorship.

Guzman assembles vivid footage of police and soldiers responding to protests with tear gas, water canons and a disregard for public safety. Ordinary citizens are armed only with rocks and make their presence felt by the enthusiastic thumping of saucepans and the singing of songs.

The backbone of the film is a series of interviews with those most closely involved in the protests and who worked to demand a new constitution. It is telling that all those interviewed are women, reflecting their importance in the protests and their anger at a patriarchal system that has constantly failed them. We meet photographer Nicole Kramm, journalist Monica Gonzalez, student and activist Valentina Miranda and others who eloquently express the need for change and the exasperation of ordinary people who felt that they had nothing left to lose.

Guzman is convinced that the Chile he had always imagined could finally be becoming a reality. The election of Gabriel Boric as President in March 2022 is taken as further confirmation of the dawn of a new era. It is a fitting end to a documentary all the more heartening and inspirational because of the way fundamental rights and liberties seem under attack in so many countries around the world.