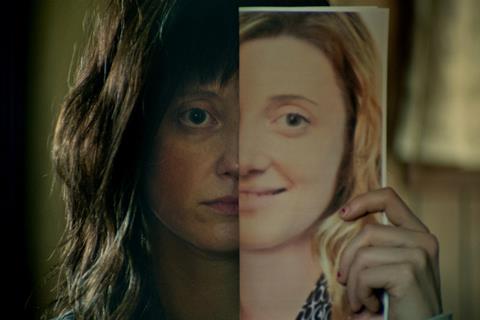 With Riseborough giving a stripped down, effective performance as the title character, Nancy ultimately steps out of the crowd, although it’s more likely to take its next move into streaming than theatrical venues.

This is a reunion for Barbara Broccoli and Michael J. Wilson’s Eon with Riseborough, who starred in the company’s critically-shunned 2015 drama Silent Storm, picked up by Sony’s SPWR. As a writer, Choe weaves small nuggets of information into a scenario with universal fascination, building up a character – with the help of a fearless Riseborough – who says little but is hard to forget. As a director, though, she sets herself some challenges: including the decision to start the film in a boxy ratio which widens at a key moment, Wizard of Oz-style, to also accommodate some colour bursts. The snowy surrounds of working class Upstate New York are dreary confines a character would like to escape from: the trick is not to include the viewer in that desperate urge to get out.

Nancy is first seen helping her invalid mother Betty (Ann Dowd), who has Parkinson’s Disease, off the toilet. Their relationship has clearly long since broken-down, and the sullen Nancy only becomes animated at the appearance of her cat, Paul. A temp at a local dentistry (Perfect Smiles, a grimly ironic place for a character who never does), Nancy also seems to be a troubled fantasist. She tells her colleagues about trips to North Korea, even providing photographic evidence; more dangerously, she befriends online a man (John Leguizamo) bereaved over the loss of an infant and, when she meets up with him, pretends to be pregnant.

A frustrated writer, Nancy is clearly untruthful, although unreliably so. When her mother suddenly dies, will her world open up? Or will the bedraggled Nancy retreat? When she sees a couple on TV (J Smith-Cameron and Steve Buscemi) talk movingly about their daughter who vanished 30 years ago, there’s an undeniable similarity between the age-progressed photofit of the missing child and how Nancy looks now. She takes steps to contact them with a prospect that they suddenly all want to believe in. But how much of a fantasist is she? It’s hard to second-guess Nancy, and easy to fall into her trap (despite the almost-comedy thatch of hair).

Choe has taken a slim scenario and used to touch on universal themes and thoughts of escape and second chances in life. Buscemi is strong as the questioning father figure, while J Smith-Cameron is warm and open as the mother. It’s Riseborough’s show, however, and she throws away all vanity to present a woman searching for the love of a mother who may – or may not – have abruptly lost her own chance at motherhood. Or is she simply “a total creep from the internet”?

DOP Zoe White films with a real sympathy for the character and milieu, and lives that might be led there. An effectively discordant score from Peter Raeburn keeps the audience on edge, as intended. Choe makes an impact with this Sundance and Biennale College-supported debut, enough to attract industry attention, although she could lighten up the ambiance a little if audiences are to be expected to follow suit.