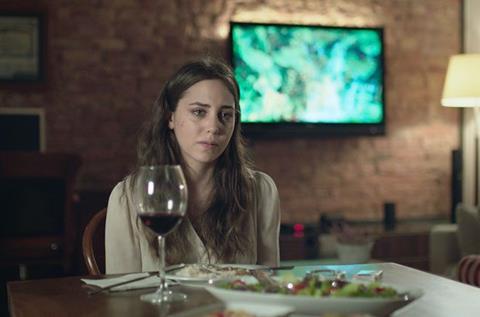 A fascinating study of male chauvinism and self-imposed loneliness which looks so unadorned and realistic that it may rub some viewers where it hurts, Zeki Demitrkubuz’ new film is chilly, uncompromising and almost immobile, just the opposite of the savage restlessness he set off in his recent Inside (2014).

Since Nausea’s narrative is often too skeletal for its own good, it is up to the visual language to fill the emotional blanks the plot shies away from.

Screened as part of a tribute to the director’s work at the Transylvania Film Festival, this sobering and rigorous Turkish exploration of the male libido, reminiscent of Steve McQueen’s Shame, adopts the kind of unbending approach that leaves practically no space to sympathise with its hero, offering a portrait that may be too disturbing for audiences outside festivals and the art house circuit, where Demirkubuz’ visual language could connect with quite a few admirers.

Refraining from the sexual excesses or the free and glamorous life style of McQueen’s protagonist, Demirkubuz settles on a much less flamboyant, and hence more familiar type, a middle-aged intellectual, married with a child, living in a comfortable but not particularly attractive flat. There, the meek and submissive maid Neriman (Sebnem Hassanisoughi) arrives every day to bring the paper, prepare the food, clean the house and then disappear into her humble downstairs lodgings.

As played by Demirkubuz himself, Ahmet is a dour, introverted, monstrously egotistic philosophy lecturer. He is unfazed by the departure of his wife and daughter, despite his limp protest that he did not really mean it when he said their presence suffocated him. Indeed, that same night, he already brings a new female companion named Asli (Oyku Karayel) home. Next morning, the news that his wife and kid are dead don’t seem to affect this new relationship which, after a cool launch, soon freezes out entirely, when the exasperated young woman can’t bear the facetious pretense of his arrogant silence any more. Next in line is a former student, Ozge (Cemre Ebuzziya), thanks to whom he finds himself involved in a grim version of a boulevard farce.

In between, Ahmet manages to antagonise his brother. He suffers a couple of mild strokes to remind him of his own fallibility, and finds himself gradually bereft of any kind of company. At which point he begins to realise that ultimately, his refusal to commit to anyone or anything in the world, means that nobody is committed to him.

Since Nausea’s narrative is often too skeletal for its own good, it is up to the visual language to fill the emotional blanks the plot shies away from. Just like the lead character, the camera hardly ever moves, but every single frame is judiciously calculated, light and darkness are carefully juxtaposed, the saturated black and white images barely allow any color to come through, while black frames are often used to put an abrupt end to one sequence and move to the next one.

The slow, deliberate pace is rock solid – no wonder Demirkubuz insists on cutting his own films – and the elliptic editing is somehow reminiscent of Godard’s Une Femme Mariee with its brusque cuts that look disjointed until you think about them a second time.

More than just a psychological study, backed by references to Dostoyevsky (a frequent source of inspiration for Demirkubuz) or Goethe, this is also a jaundiced portrait of a social milieu where theory and practice never seem to go hand in hand. Ironically, Ahmet teaches a course on “The Philosophy of Emotion” though there is no inkling of any emotion in his conduct. He lives in a class-oriented society where the people downstairs are practically invisible to those upstairs, and around him, traditionally religious tendencies are still prevalent. It may all be solidly anchored in Turkey, but it is not restricted to it.