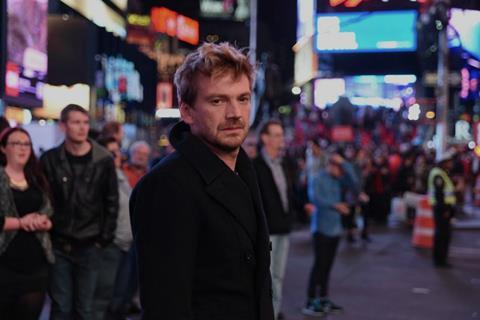 In a landscape which is somewhat overcrowded with stories of migration at the moment, Julia Solomonoff’s acutely perceptive, elegantly structured drama stands out. Driven by an achingly vulnerable performance by Argentine actor Guillermo Pfening, and shot over three seasons in New York, the film pieces together the arc of Nico, a successful actor in his home country who gradually realises that his American dream of career glory must be downgraded to subsistence and low-status drudge work.

Wholly persuasive, both as a character study of a proud man forced to confront failure, and as a portrait of New York at its most ruthlessly seductive and cruel, this succeeds in bringing a fresh perspective on a well-worn theme. Festival screenings seem likely and theatrical prospects are solid: with Solomonoff’s deft, light-footed approach and her knack for getting under the skin of the city, this is a film which should resonate with the same arthouse audience that responded to Ira Sach’s effortlessly empathetic tales of lives in NYC.

Unlike many immigrants, Nico doesn’t come from a place of desperation. Rather, he carries with him the mantle of invulnerability which comes with privilege and success. With the economy and neat clarity which is evident throughout the film, Solomonoff suggests that Nico has already been in the city for nearly a year. We meet him as he ineptly wrangles a nappy onto his friend’s baby, while trying to ignore the derisive running commentary from the Latino nannies nearby. They assume, because of his blond hair, that he doesn’t understand Spanish. But not only does he share a language with the women, he, like many of them, has overstayed his visa and is living in the city undocumented.

A mosaic of crisply observed little scenes gradually crystallise to give us a deeper sense of who Nico is and why he is there – the agile editing is a triumph. A former soap opera star, he walked out on celebrity and a comfortable life in Buenos Aires, together with the troubled relationship with his former producer, for a film project in the US. But as the production is stalled by funding, Nico finds himself sleeping on sofas and juggling menial jobs like cleaning rental apartments and working shifts as a waiter on a rooftop club. He’s adrift, somewhere between two identities – the star who is accosted on the street by fans in Argentina, and a member of the invisible underclass of struggling immigrants in America.

Small moments embed themselves in Nico’s pride – the point when he accepts, without arguing, payment for the childcare that he had originally done as a favour to a friend; the advice from a producer to darken his hair if he wants to cash in on the current trend for Latino actors.

It’s an extraordinary central performance. The camera can barely tear itself from Pfening’s face, which is fine, because there’s little else we want to look at. His flighty, flirtatious magnetism starts falter and harden into something dulled by desperation. His smile, after he briefly reconnects with the man who broke his heart to begin with, is the saddest thing in the world. And the look of horror, when he catches sight of his own reflection and sees a broken man hunched over a stolen supermarket trolley, is haunting. He’s an immensely likeable character so the note of hope that Solomonoff grants us releases the audience like a sigh of relief.