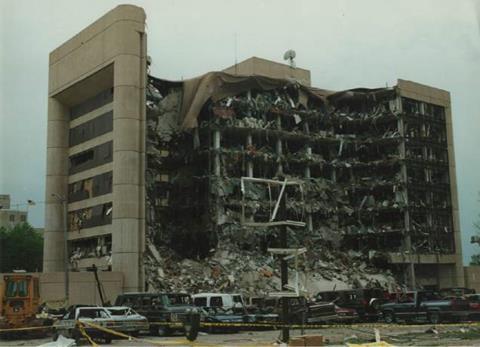 Oklahoma City takes us back to the bombing of a US government building in 1995 that killed 168 people, including many children. This grim documentary comes at a moment when extremists who support gun rights and call for violence against the US government are among the supporters of the new American president. The attack in Oklahoma City should strike a chord among viewers of US television, where it will air next month. In a divided America, this heartfelt film may be seen to be preaching to the choir of like-minded Hillary supporters who watch the Public Broadcasting System, yet it could catch on in foreign television markets where Donald Trump’s nationalism is fuelling fear.

One of the conclusions offered by law enforcement agents and journalists who examined the crime could also be incendiary.

With archival video of stricken children and buried bodies that can be hard to watch, Oklahoma City visits the bomb site immediately after the explosion, amid massive concrete chunks that are piled atop the living and the dead. From testimony of first responders, survivors and families of the dead, we get a troubling picture of an attack that was intended to kill in vast numbers. The blast was 50 feet away from a day care centre for children. A surgeon summoned to save a woman trapped in the rubble recalls completing a leg amputation with a sharp pocketknife when all medical instruments failed.

The film breaks away repeatedly from those apocalyptic scenes to suggest why and how the bombing happened. Director Barak Goodman shows footage of conspiracy-minded White Supremacist groups on the fringe of US politics, and considers armed confrontations with US law enforcement – covered extensively by the media - that killed some radicals and rallied many more.

One of those whom those clashes inspired was the Oklahoma City bomber, Timothy McVeigh, a Gulf War veteran angered by the deaths of 76 people in an FBI raid on a religious compound outside Waco, Texas on April 19th, 1993. The Oklahoma bombing was on the second anniversary of that event, when McVeigh was 27.

Oklahoma City never strays too far from the dutiful expositional style of public broadcasting in the US – archival images, testimony from witnesses and experts, and the enduring grief of family members. At least one audio interview, with McVeigh in prison, is staggering. Knowing that he’ll be put to death, a remorseless McVeigh declares to journalists writing a book about him that he won his battle with the government, with a score of 168 to one. McVeigh had earlier told an army buddy who helped him that “you need to hurt them where it hurts the most, with a body count.”

One of the conclusions offered by law enforcement agents and journalists who examined the crime could also be incendiary. McVeigh, who frequented gun shows, visited Neo-Nazis and quoted from texts on anti-government violence, was not the lone wolf that he claimed to be, but rather a creation of the White Supremacist movement. That charge won’t be taken lightly by the National Rifle Association, a powerful lobbying group for gun rights, or by the Alt-Right, an ensemble of nationalist campaigners that rose to visibility in the electoral campaign with its support of Donald Trump.

In Oklahoma City’s footage of bodies lined up in makeshift morgues, witnesses recall that the youngest casualties were seen as children of a broad community brought together by the tragedy. The documentary, as it grieves for those losses, points to divisions in American society that are as glaring as ever.