‘Our Memory Belongs To Us’: CPH:DOX Review 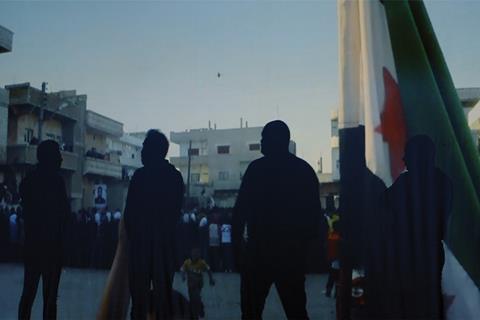 ‘Our Memory Belongs To Us’

Our Memory Belongs To Us is an inventive response to the question of how to shape urgent, unpolished activist footage, captured on the fly, into a coherent portrait of a revolution. Recorded in Daraa, Syria from 2011-12, the film invites a dialogue between the material and three of the men who shot it. The result is a personal, powerful and thought-provoking interrogation, not just of the grassroots movement against the Assad regime, but also of the role played by citizen journalists in raising awareness of it.

A personal, powerful and thought-provoking interrogation

It is a doubly potent experience – the already-arresting footage is given an added weight by the emotional responses of the men who rewatch it, reunited for the first time since their exiles to the UK, Germany and the Netherlands. This is by no means the first film to explore the role of the citizen journalist in the Syrian conflict; notable examples include For Sama and City Of Ghosts. But while this is unlikely to match the cultural impact of the former and lacks the lyricism of the latter, this film’s reflective approach, and its focus on Daraa, gives it a fresh angle that should capture the attention of further festival programmers and human-rights organisations.

In 2012, Paris-based Syrian filmmaker and performer Rami Farah was entrusted with a hard drive full of files documenting the nascent protests as they grew into an uprising. The man who handed it to him, Yadan Draji, had been forced to flee Syria with nothing but this cache of video footage, recorded by him and four friends. Farah didn’t know the city, but through the scraps of video captured on phones and cameras, he was able to create a stylised cartographic representation of Daraa, as it was. This was then projected onto a screen backdrop in a Paris theatre where, nearly 10 years after the first protests, Draji was reunited with two of his fellow guerilla reporters, Odai Al Taleb and Rani Al Masalma.

Farah’s technique is simple – he projects footage from Draji’s hard drive onto the screen and, using three cameras, captures the men’s responses and their recollections. From the outset, the process is emotionally charged. Watching a clip of the government soldiers, which is mockingly narrated by a man who has comically disguised his voice, Draji tries to guess the identity of the speaker. He smiles appreciatively, “I wish I could get to know him.” A moment later, Al Taleb recognises the voice as that of Abu Nimir, a close friend and collaborator of all three. “God rest his soul.” Draji chokes up, “I miss him.” An amateur cameraman, Abu Nimir found himself in the unexpected position of reporting for Al Jazeera. Given to corpsing on camera and disguising himself with fake beards, he brought a much-needed levity to the early stages of the uprising. His death – he was gunned down while preparing a report for the news channel – is the one piece of footage his friends refuse to revisit. Somewhat controversially, Farah chooses to include it in the film anyway.

Painful as it clearly is for all three to relive memories they have tried to suppress over the past decade, it is a valuable process. What the men describe as their “moral commitment to film” even the most harrowing material during the revolution has evolved into a similar obligation to contextualise, elucidate and bear witness. And to grieve, for the memory of fallen friends, and for a country that is lost to them.