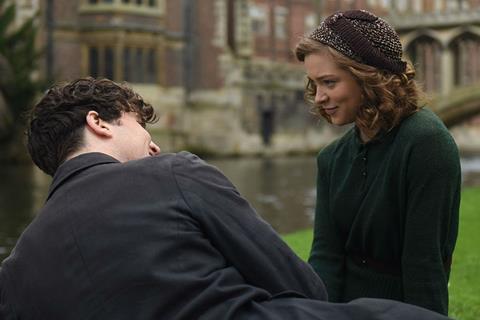 An unremarkable little old lady, who spends her days tending shrubs in her suburban garden, is not the most obvious person be revealed as an enemy of the state. But when Joan Stanley (Judi Dench) is arrested for treason, the files on this unassuming octogenarian date back to her university days in the late 1930s. Directed by Trevor Nunn, this espionage picture is based on the real-life case of Melita Norwood, a pensioner who was arrested for passing secrets to the KGB over a period of forty years.

Solidly competent and, for the most part, well acted the, film employs a safe, familiar approach

The hook here is the juxtaposition of the sweet old granny protagonist with a plot which juggles scientific secrets and sex scandals – it’s a spy movie which sips horlicks rather than swigs dry martinis. But since most of the story unfolds in somewhat more conventional flashback sequences, the picture rather squanders its elderly-biddy-as-communist-agent USP.

Solidly competent and, for the most part, well acted the, film employs a safe, familiar approach and lacks the distinctive element which could boost its box office potential. Following from its premiere in Toronto, Red Joan will be released in several territories early next year, including the UK, where it will be distributed by Lionsgate. This is a picture which certainly wouldn’t suffer from being watched on a small screen, so sales to VOD platforms could help to connect it to broader audiences.

Joan’s first encounters with communism sympathisers, her politicisation and the difficult decision to work with the Soviets all play out in the extended flashbacks which make up the majority of the picture. Although Dench tops the cast, it is Sophie Cookson (Kingsmen), playing Joan in a younger incarnation, who gets the most screen time. Sheltered physics student Joan first encounters the ‘pinko’ contingent at University when glamorous Russian emigré Sonya (Tereza Srbova) climbs through her window to avoid getting caught breaking curfew. Through Sonya, Joan meets smouldering commie totty Leo (Tom Hughes), Sonya’s floppy fringed cousin. When Leo first throatily describes Joan as “my little comrade”, she flutters in pleasure. But Leo has trouble committing to anything other than his ideology, and the nickname soon loses its appeal.

When Joan gets a job working on a top secret programme to develop nuclear weapons, both Sonya and Leo attempt to persuade her to share her knowledge with the other side. But what finally prompts her to do so is the devastation wrought by the atomic bombs dropped by the Americans on Japan, and the belief that if both sides have weapons as deterrents, further world wars are unlikely. Through the device of Joan’s sceptical son who is eventually won over to his mother’s way of thinking, we are encouraged to sympathise with Joan’s beliefs,

The screenplay has some fun at the expense of the sexism of the era. “No one would suspect us, we’re women,” scoffs Sonya. Later, Joan is forced to deploy a weapon more terrifying than any bomb: a box of sanitary pads, which unerves a policeman so thoroughly, he is unable to search her bag.

Lacking much in the way of peril and tension, the film instead relies on an overly emphatic score to signpost the emotional keys of each scene. The look of the film is rather more muted – the colour palette features olive greens, greys and washed-out beiges the colour of milky tea.