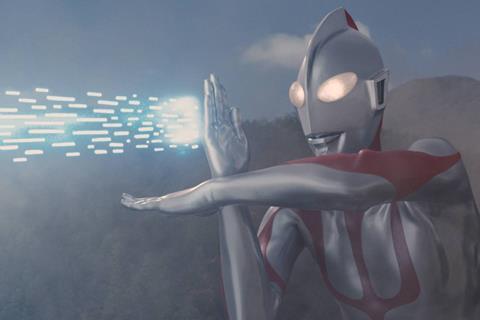 In Shin Ultraman, Japan is imperilled by monsters and aliens; excellent news for viewers who just want to sit back and savour a little large-scale carnage. Director Shinji Higuchi imbues this reimagining of the tokusatsu legend with giddy good cheer, balancing action with just enough character development so that we’re invested even when the epic showdowns take a backseat to human drama. A strong cast helps sell the silliness — as well as a message about seeking the good in others, and yourself.

Amidst the battle royales and laser blasts, Shin Ultraman sneaks in a little commentary on humanity’s place in the universe

Massively successful in its home country, Shin Ultraman screens as part of the Fantasia Film Festival and the New York Asian Film Festival, catering to fans of 2016’s Shin Godzilla, which was co-directed by Higuchi. (His Shin Godzilla directing partner, Hideaki Anno, serves here as screenwriter, as he did on the previous picture.) A cast that includes Takumi Saitoh, Masami Nagasawa and Drive My Car’s Hidetoshi Nishijima will further entice audiences, but naturally the main draw will be Ultraman, who’s still looking sharp 56 years after his debut in the Eiji Tsuburaya television series.

Saitoh plays Kaminaga, who’s part of S-Class Species Suppression Protocol, or SSSP, which grapples with the giant myriad beasts that invariably wreak havoc across Japan. Led by their stoic chief Tamura (Nishijima), SSSP prepare to launch a counterstrike against a fearsome creature dubbed Neronga — only to watch as a tall, silver alien being named Ultraman arrives to intervene. Unfortunately, in the resulting spectacular dustup, Kaminaga is accidentally killed, prompting Ultraman to assume the deceased’s human form and insinuate himself within SSSP.

Although often billed as a reboot, Shin Ultraman very much honours the property’s cheesy sci-fi roots, with Higuchi giving the special effects a retro-cool feel that’s knowingly antiquated. This strategy lends the film a playfulness that’s a mixture of campy and wholesome without devolving into cheap, snarky mocking. The juxtaposition of the contemporary time period — not to mention the committed performances — and out-of-date effects gives Shin Ultraman a charming timelessness.

Early on, the film introduces us to SSSP’s newest recruit, Asami (Nagasawa), who becomes friends with Kaminaga, not realising that he’s actually Ultraman. Their bond helps lay the groundwork for some emotional stakes once the Japanese government tries to deduce whether Ultraman is friend or foe — a calculation that’s complicated by the arrival of other aliens, including Zarab (voiced by Kenjiro Tsuda), who have their own plans for Earth. Shin Ultraman can drag a bit as the story gets bogged down with new interstellar characters but, even so, Higuchi keeps the proceedings moving at a fairly brisk pace. Plus, actors such as Nishijima, who exudes weary gravitas in his role as SSSP’s levelheaded boss, give the familiar plot a sturdy urgency.

All that said, most will come to Shin Ultraman wanting to see rock ’em, sock ‘em fight scenes, and the picture doesn’t disappoint; although there are also some whimsical moments thrown in as well. (SSSP will discover that, occasionally, a human can get as huge as a kaiju.) The film understands that the eternal appeal of Ultraman or Godzilla is how these mighty figures tower over the landscape, inspiring a combination of fear and awe in the locals — and in the audience sitting in the theatre.

Amidst the battle royales and laser blasts, though, Shin Ultraman sneaks in a little commentary on humanity’s place in the universe, and whether we’ve proven ourselves worthy of continuing as a species. Admittedly, this messaging isn’t always elegantly executed but, like so much of the film, it’s presented with such enthusiastic sincerity that it’s hard to resist. The world may sometimes be a terrible, frightening place, but Shin Ultraman argues that a little decency can still go a long way — and so can cheekily enjoyable pictures like this.