'The Hole In The Ground': Sundance Review 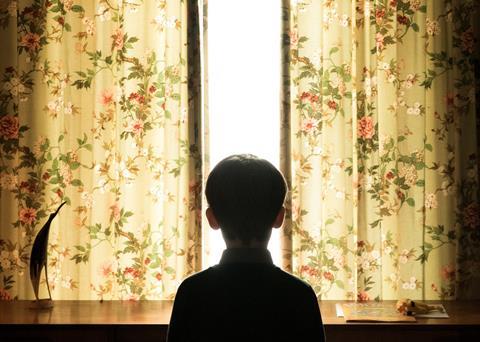 The Hole In The Ground

It’s become well established that in horror the most dangerous place to be is with your family. It used to be that the genre’s most common victims would be despatched while in flagrante; of late it’s more likely to be at the breakfast bar with ma. Irishman Lee Cronin’s feature debut runs the risk of over-familiarity, to the extent that one can even say it’s more Babadook than Hereditary, while not as frightening as either. At the same time, Cronin’s work bristles with confidence.

Cronin has some original, visceral shocks up his sleeve, and the coolness not to dwell on them but move swiftly on

There’s a freshness to the characterisations, a good eye, and for a time Cronin constructs a tense guessing game as to whether it’s mental breakdown or supernatural forces at play. If not with the same clamour greeting those two films previously mentioned, The Hole in the Ground should leave Sundance towards its theatrical play with enthusiastic word of mouth. A24 will handle in the US, with Vertigo taking the UK.

Cronin has already generated horror-fan heat with his superlative short film Ghost Train. Here, he demonstrates his chops right out of the blocks, at a similar locale, as young mother Sarah (Seána Kerslake) and her son Chris (James Quinn Markey) visit a seemingly deserted fairground, in which the boy pulls grotesque faces in a funhouse mirror – with even a touch of the Scream mask in the distortion.

As it happens, mother and child’s favourite game is to make faces at each other; Cronin is paving the way for Sarah’s paranoid nightmare, in which she won’t be able to recognise her son in the familiar face before her.

The pair have recently moved into a large, deserted, windy house in the middle of a forest, she fleeing from an abusive partner (with the florid scar on her forehead a memento), the boy not wholly understanding and resentful. Sarah’s got a job in a knick-knack shop, he’s shyly getting used to school.

The director quickly puts his pieces in play. As Sarah’s mucky car drives into, and seemingly merges with the forest, the sumptuous aerial shot slowly stretches and flips over, a disorienting image that locates danger in the landscape. Then there’s the local madwoman, Noreen Brady (Kati Outinen), who allegedly killed her own son years before and takes a disturbing interest in Chris, and Sarah’s growing anxiety, which could be a sign of incipient breakdown.

When Chris disappears one night, eventually being found amid the trees, his mother becomes obsessed with the notion that he has somehow changed. He’s certainly become very polite, very eager, and very bland. But has Sarah succumbed to the power of suggestion from her batty neighbour, or is there really danger emanating from the giant sinkhole in the woods?

Cronin perhaps enjoys his horror clichés a tad too much – the cowled figure standing in the middle of the road, the bumps in the night. But he also has some original, visceral shocks up his sleeve, and the coolness not to dwell on them but move swiftly on. And he and cinematographer Tom Comerford use close-ups and camera tricks to atmospherically evoke Sarah’s growing confusion and panic.

There’s an appealingly naturalistic tone to the exchanges with new friends, a doctor, Noreen’s husband (a typically flesh-and-blood cameo by James Cosmo), with knots of humour mixed in. “Do you ever look at the kids and not recognise them?” asks Sarah of her boss. Of course, is the answer. “It’s all about the eyebrows these days.”

The film’s strongest suit is the relationship between Sarah and Chris. Kerslake captures Sarah’s vulnerability and growing sense of dread, but never lets us lose sight of the resilience of a single mother taking control of her life; and Markey has what you want from all horror children, a face that can move from sweetness to creepiness with a twitch. The pair offer an odd contrast – her full mouth and giant eyes, a feast of expressiveness, against the coolness of his gaze and a thin, sad, downturned mouth reminiscent of another effective horror child, Haley Joel Osment.

Unfortunately, the denouement of this film doesn’t come close to the sucker punch of The Sixth Sense; in fact, having over-indulged some horror tropes, Cronin eschews one obvious twist for nothing much at all – the first time this promising director has seemed unsure of himself.