‘The Other Lamb’: Review 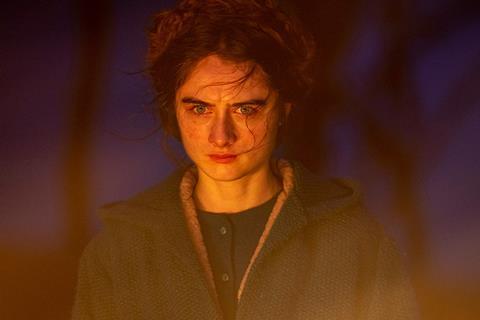 Malgorzata Szumowska’s striking English language debut The Other Lamb unfolds with a febrile, dream-like intensity. The Polish director of Body and Mug uses a fantasy tale of women at the mercy of a charismatic cult leader to vividly dissect the very real horrors of toxic masculinity and the abuse of power. Szumowska’s command of craft and a torrent of unsettling imagery will enhance her reputation as a visionary director. The film is sure to attract attention on the festival circuit and achieve cult status in the world beyond.

Australian writer Catherine S McMullen’s screenplay featured on the 2017 Black List and Blood List, and seems to owe some debt of inspiration to Margaret Atwood’s dystopian novel The Handmaid’s Tale. In a remote rural area, a group of women live under the spell of charismatic cult leader Shepherd, played by Michiel Huisman as a mixture of rock god and Rasputin.

The women have “cleansed themselves from the rot of the outside world” and are divided into two groups, with the wives dressed in red and the children clad in blue. They survive far from the modern world, living off the land and seem to exist outside of time. They abide by the rules of their Shepherd, never questioning his authority or refusing his demands. The depth of their devotion borders on a communal hysteria that begs comparisons with Ken Russell’s The Devils (1971) or Carol Morley’s The Falling (2014).

We never learn what happens if one of the wives gives birth to a boy. We know that the older wives are pushed to the sidelines when age withers, their fertility fades and Shepherd no longer deigns to fill them “with his grace”. Szumowska’s regular cinematographer Michal Englert sets the heightened atmosphere with a sense of the primitive, windswept landscapes in which the group endure. The ground is soggy, mist hangs in the air, gnarled trees spring from the ground like fingers grasping for the sky, creating the impression of an enchanted forest. The use of topsy turvy angles adds to the sense of an unsettling, unpredictable fairytale world.

The headstrong Selah (a fierce Raffey Cassidy) is one of the children and has never known a life beyond the community.  She is pure of heart and devout. It is clear that her destiny is to become another wife, but the approach of puberty fills her head with violent visions that seem to rip through time. Has she been granted a vision of the future? Can she make those visions a reality? She sees the twisted carcass of a sheep, maggots on a fallen bird, her own struggle for survival as powerful hands force her beneath icy waters. There is also a collective uprising marked by blood and fury.

Selah is increasingly emboldened to question the Shepherd’s rule and refuse to accept that her life can only be the one that he has chosen for her. Her coming of age becomes a fight for emancipation that transforms this fantasy into something with clear parallels to the modern #MeToo movement. Selah comes to symbolise all the women who have braved their individual hells to speak out and act to dismantle the authority of a discredited patriarchal order.