‘The Self Portrait’: Thessaloniki Review 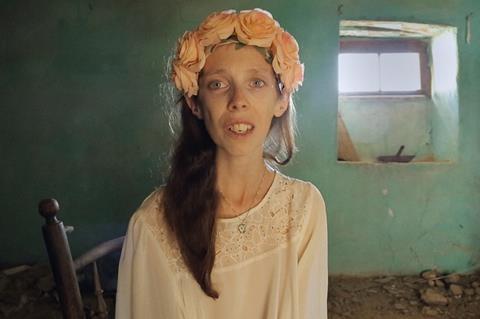 When she was 10 years old, Lene Marie Fossen stopped eating. For the next 20 years, she lived with anorexia, a condition so punishing that she never went through puberty, continuing to live in an emaciated child’s body until her death in October 2019. But as both Fossen and this achingly sad documentary are at pains to point out, she was more than just a disease.

This is an uncomfortable and upsetting watch.

Over the course of several years, directors Katja Høgset, Margreth Olin and Espen Wallin chronicle Fossen’s remarkable work as a rising-star fine art photographer. Her talent and passion look, for a while at least, as if they could be the only things which could defeat this illness. But anorexia is a disease not easily shaken once it takes hold. Through her art, and her candour in front of both her own camera and that of the filmmakers, The Self Portrait explores Fossen’s complicated relationship with the most deadly of all psychiatric conditions.

Her death was clearly not the outcome that the filmmakers were hoping for when they started on the journey to making The Self Portrait. But given the degree of anguish and suffering which is evident throughout, it’s hard to see how this story could have ended any other way. As such, this is an uncomfortable and upsetting watch. It should, nonetheless, find further interest on the festival circuit. While it might struggle to draw wide audiences, the film will attract viewers connected to the world of photography and organisations working within the field of mental health.

Fossen’s experience of living with anorexia while pursuing photography as an artistic outlet is rife with contradictions. The compulsion to create is weighed against the compulsion to self-destruct; the impulse to shrink — literally — away from the world seems in direct collision with the urge to expose herself emotionally and physically. Her descent into anorexia as an anxious child was about taking control of one aspect of her life, in the midst of uncertainty. But is it Lena Marie who is in control or her disease, which she describes as a “prison, where the illness makes all the decisions”? Most striking are her words. She claims, at one point, that no matter how grave her condition, she always wanted to live — but then, darkly, refers to her disorder as “a slow suicide. If I die, I die.”

The insidious nature of her illness means that whatever she does, it’s inevitably the wrong choice for part of her.

This is further complicated by the fact that, of all her work, which encompasses portraiture of elderly people on the Greek island of Chios, intimate shots of migrant children who have fled with their families from Syria, and starkly confrontational semi-nude self portraits, it is the latter which has garnered the most praise and attention. They are remarkable — Fossen’s use of light draws comparisons with that of the painter Caravaggio. Her aim, to find beauty in pain, is realised to such an extent that gallery visitors viewing her work for the first time are moved to tears. But this success sharpens the urgency of her quandary. Anorexia has started to cause macular degeneration — without working eyes, she can’t photograph. But her translucent ghostly presence in the pictures haunts those who see them. “I’m afraid of getting well. Afraid it will affect my art negatively,” she says, in a voice which is a hollowed-out whisper.

The Self Portrait might have benefited from more input from Fossen’s parents, who have given up trying to cure her but still try to protect her. Likewise the medical professionals that Fossen has managed to evade for much of her life. But as a window into the grip of anorexia — with all its shame, dependency and cruel, consuming finality — this is powerful stuff.